Hamilton Loomis - All Fired Up 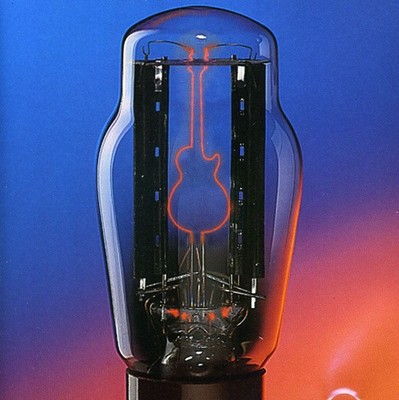 'Innovate, don't imitate.' Hamilton Loomis took his mentor, Bo Diddley's advice. It speaks volumes when the likes of Diddley, Johnny 'Clyde' Copeland, Clarence 'Gatemouth' Brown, and Albert Collins take you under their wings. The twenty-something Texas sensation isn't just another cat-in-a-hat with a Strat. He has crafted his blues roots into a funk-a-fied recipe all his own. A multi-instrumentalist, Hamilton practically grew up in the spotlight. He began on drums and piano at age five, guitar at age six, then conquered the harmonica. Gigging non-stop since age fourteen, he formed a family doo-wop group with his musician parents. By seventeen, he had played the world-famous Delta Blues Festival for an audience of 40,000. Before he was eighteen, he was writing, arranging, and performing his own material. He produced his first CD, titled simply Hamilton, which received a Grammy nomination for 'Best Contemporary Album of the Year'. Bo Diddley described Hamilton's second disc, Just Gimme One Night, this way. 'You got to put some seasoning in what you're doin', and this boy's got the whole salt shaker!' Hamilton's third release, All Fired Up, his fourth, Live: Highlights, and his latest, 'Kickin' It', on Blind Pig Records, are both on radio rotation on both coasts. It has set the stage for him to stake his claim as a top contemporary performer. Touring for the past five years, his band radiates a potent vibe and boasts razor-sharp arrangements and Hamilton's groove-driven guitar, weaving around his silky, soul-drenched vocals. 'I can't forget the legends who believed in me, so paying my dues must include giving back to the community,' states Hamilton. He has taught blues in the schools, holds community blues tributes, and gives regular harmonica clinics. Very few artists are able to meld such a strong sense of the past with such an ardent vision of the future. Above all, performing is Hamilton's forte. He establishes an easy rapport with his audience, which instantly feels his love of the music. Chris Rose of Eminence Speaker Corporation summed it up. 'Seeing him perform at the 2001 NAMM Show renewed my faith in new music. He's the hottest thing out of Texas since the jalapeno!'

Here's what you say about
Hamilton Loomis - All Fired Up.