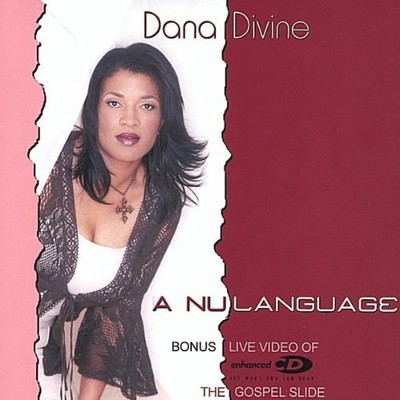 Dana Divine is an urban psalmist. Born into a musical and talented family Dana says she knew early on that her destiny was as a songwriter. 'There has been a clear anointing on my life', she says. Her musical studies began on the clarinet but an ear for music led Dana to the piano, which she still uses to write her songs. 'I hear the melodies first', she says, 'then the story begins'. Dana Divine has been telling her stories through song for over twenty five years. Rooted in Gospel music, her musical pursuit began by traveling to churches alongside her mother, a piano player. Ms. Divine's early years were spent in Chicago, and her teenage years in Los Angeles. Dana Divine describes her youth as a 'string of dance schools, performing arts academies, and performances'. She's done jingles, sung in numerous choirs, choruses and groups, and has even worked writing and performing singing telegrams. Dana Divine learned quickly how important it was to understand the business side of the industry and rounded out her skill set with a B.A. in marketing, and a M.A. in media communications. Additionally she studied in London as an exchange student. Everything kept falling into place. She landed her first professional assignment at eighteen, in the U.K., where her music is still well received. After returning from overseas Dana had a chance meeting with James Ingram that changed her perspective, and has been recording music ever since. With over 14 single releases (a self-described 'singles release Queen'), Dana has worked with today's hottest artists including; R. Kelly, Will Smith, Billy Ocean, and some of Chicago's finest producers; including Hula, Mark Pichiotti, Frank Orrall and 2004 Grammy winner Maurice Joshua, who produced 'Sweet 2 My Soul' on Dana's current project. Dana's entertainment background extends beyond music. For five years she hosted and produced S.T.A.G.E! (Stand Tall And Get Excited!). This televised celebration of performing arts for children, produced by the Chicago Public Schools is recognized as one of Chicago's most popular cable television shows and lauded Dana recognition for excellence in television programming. Dana's youth appeal opened additional hosting opportunities including 'Who Wants to Win a Scholarship', and other local events. Dana Divine's love for music has turned into her ministry. Her stint in dance music has definitely influenced her Gospel style. 'Like Jesus, music should minister in a way that people understand and can relate to it. Jesus spoke in parables and David danced.' Dana explains her love of contemporary music in the following way: 'God continues to speak to all people today. He is speaking to them in contemporary terms. The methods that He uses may be Holy hip-hop, spoken word, miming, interpreted dance, Gospel- house music, etc. These are His 'Nu Language(s)'. The message is the same, but the language is different. Through the calling of the Holy Spirit, He will continue to draw men and women unto Him, no matter what style of music is used.' Still Dana Divine's music has appeal for all ages, and she's proved time and time again that she knows how to orchestrate a hit song. 'Runnin', a song in her dance music catalog is the theme song to a cable television show abroad. This song is also licensed for use on Sony Playstation II, and has recently been added as a ring tone for cell phones. 'Brighter Days', another song in her catalog continues it's reign as a bonafide classic dance song. Dana's current release titled, 'A Nu Language' is executive produced and independently released by Dana Divine. This talented woman demonstrates again and again that with God all things are possible!

Here's what you say about
Dana Divine - Nu Language.