D Trevlon - Dance Under the Stars 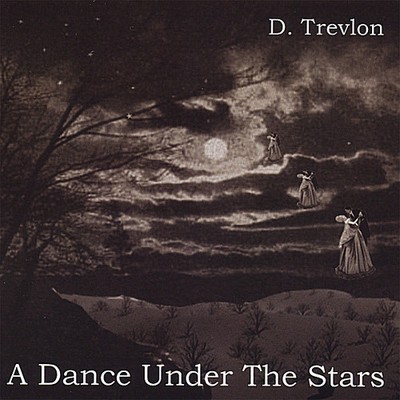 With a haunting voice and whimsical whistle, D. Trevlon reveals the forgotten western tradition of the folk ballad. He reveals the secrets of our lives, the secrets hidden in the past. Much like his influences: Lee Hazelwood, Englebert Humperdink, Herb Albert, and most recent Townes Van Zandt, he finds himself sharing his sense of humour, sharing an eternal longing for love, as well as sharing his and other's personal trials through the means of the spirit by way of music. D Trevlon was born and raised in Kirkland Lake, Ontario, a mining town found in the north of Canada, by his grandparents Cecil and Linda . As a child, Trevlon Spent a lot of time in childhood at the family cottage( Butler Lake) where, 'I did a lot of outdoor seeking.' Trevlon also played hockey in the winters, 'like any other small town kid would' and in the summer hit the old golf course for a good game of social. It was during these early years in Kirkland where he was witness to beauty, nature and kind acts of faith that continue to inform his songwriting and his general philosophy of life. Some how Trevlon made it through school and, at age 18, left home to hit the big city and seek out a new life. As any burgeoning folk legend would, D lives fast, parties hard and writes songs about the people and adventures he comes across. He started writing songs in earnest at 19 years of age but found his sound not long ago at 27 years of age. Following his stint in Toronto, Trevlon worked on cruise ships, because he wanted to explore more of the world. He's been traveling and writing ever since and we are all the better for it. Some would call Trevlon a hopeless romantic; others might say he's a loner since he 'stay to myself most of the time.' It's best, though, to label him as a talent, a drifter, a whistler, an easy going guitar-picker, and a reminder of the simple and important things in life; unabashed love, wide open spaces, a good stiff drink (or three), and the courage to live on the highway. Much like Ian Tyson, a Canadian alternative, Country/Folk pioneer, D. Trevlon is also considered one with 'a mindset of a cowboy in a sometimes alien world.' Trevlon has recently released his second CD 'A Dance Under the Stars' on Desert Highway Records (Los Angeles, CA) His first release, 'To the Dusty Moon and You,' has garnered much critical acclaim and earned Trevlon radio play in Canada (CHRW, CBC Canada, the United States (Desert Highway Radio, Break Through Radio, etc.), and the United Kingdom . He has also had the chance to open for such acts as Ron Sexsmith, Nelly Furtado, the Sadies, John Mann, the Rheostatics, Tegan and Sara, and many other great Canadian artists. His style reminds listeners of former times in life and in music even as he stands at the forefront of a new generation of folk artists poised to take over the roots music world.

Here's what you say about
D Trevlon - Dance Under the Stars.