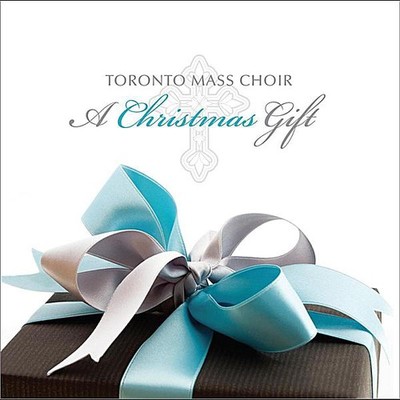 The Toronto Mass Choir, led by York University music professor Karen Burke, her husband Oswald Burke - Executive Producer, and Assistant Director, Elvis Boddie, is a diversified group of singers and musicians known for their powerhouse sound as well as their dynamic and uplifting performances. Now 35-strong plus a five-piece band, the not for profit Gospel choir consists of members in the age range of 20 - 40, drawn from various local church denominations and communities in the Greater Toronto area. Since the 1990 release of the choir's debut album Great Is Thy Glory on the Micah Records label, they have released six albums, including the 2002 Juno and Covenant Award winner Instrument of Praise, the Caribbean themed Going Home in 2009 and now their latest, the holiday classic A Christmas Gift. The choir continues a busy concert schedule, which includes performances throughout Canada, the United States, the Caribbean, and Europe. The choir has also appeared in many radio and television broadcasts for stations such as CBC Radio One, CITY-TV, FLOW 93.5 FM, 100 Huntley Street, Crossroads Television System and Vision TV. The choir has appeared as special guest at countless church services, festivals, award shows and venues such as The Ottawa Bluesfest, Irie Fest in Toronto, Quebec's La Festival de Musique Sacree de Saint-Roch, the Shai Awards, the Toronto Jazz Festival, the Canadian National Exhibition, Missionfest, the Empire Club of Canada, Roy Thompson Hall with the Toronto Symphony Orchestra, and at the Gospel Music Workshop of America conventions in Washington, DC, Atlanta and Detroit. The choir has also appeared with well-known Gospel singers such as Tramaine Hawkins, Alvin Slaughter, Take 6, Jessy Dixon, Carvin Winans and Newworldson.

Here's what you say about
Toronto Mass Choir - Christmas Gift.