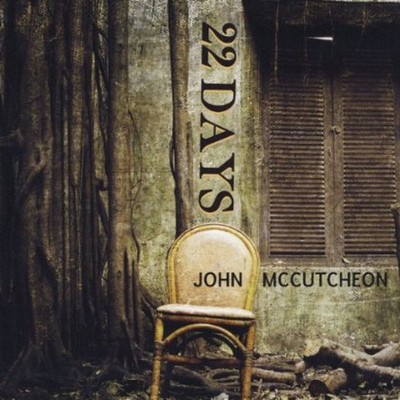 Six-time Grammy nominee John McCutcheon is an icon in the American folk music scene. A master instrumentalist who studied with many of the greats of traditional music, he helped repopularize the beautiful hammer dulcimer. He is a masterful storyteller, both in word and song, regularly featured at the National Storytelling Festival. His songwriting has been hailed by critics around the globe, his 'Christmas in the Trenches' cited as '...one of the one hundred essential folk songs.' He has been a ground-breaking children's writer, an author, a producer, and, for over forty years, one of the most spell-binding live performers in folk music. 22 Days is McCutcheon's 36th album. He sat down to write on May 28th, 2012 in honor of the 20th anniversary of his friend, Vedran Smailovic, the 'Cellist of Sarajevo,' and his 22 day vigil playing music at a bombing site that killed 22 people waiting in a bread line. Twenty years later, McCutcheon wrote about courage ('Forgotten' about the Pakistani girl, Malala Yousafzai), comity in a post-Civil War Southern town, aging as it affects the individual and couples, immigration, Southern food, and love. Always love. The result has been hailed as 'the best of all his 36 recordings...', 'a feast of an album!', and caused one fellow artist to gush 'I'm in awe!' on Facebook.

Here's what you say about
John McCutcheon - 22 Days.