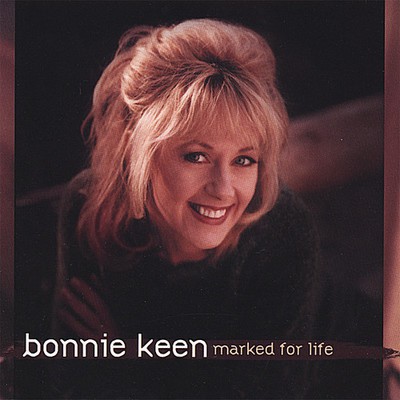 Bonnie Keen uses her voice as a gifted author, speaker, and recording artist to spread the message of hope. Emerging as one of this generation's most compelling singer/songwriters, Keen's latest CD, God of Many Chances, continues the journey of faith, healing, and restoration that surfaced in her breathtaking solo debut, Marked For Life. The singing career she launched nearly 20 years ago expresses the redemptive power of God that carried her through the rejection of divorce, loneliness of depression, and desperation of single motherhood. Keen began her recording career as a founding member of the acclaimed trio First Call, which toured the world performing material from their 12 albums. The trio accepted three Dove Awards and five Grammy nominations during their 15 years together. While solo work will remain a priority, the original members of First Call recently compiled a reunion CD of hymns and will sing together in reunion form whenever possible. Keen has toured with some of music's most legendary performers including Sandi Patty and Amy Grant, Russ Taff and provided background vocals for Garth Brooks, Michael W. Smith and many others. In her latest book, A Ladder Out of Depression, Keen shares the circumstances that pushed her to despair and walk 'through molasses' she took to regain emotional, physical, and spiritual health. With refreshing transparency, she lifts the secrecy and shame from an illness that plagues over 20 million Americans. Understanding firsthand what it means to be there, Keen discusses the types, symptoms, and treatments of depression, as well as how loss is the common denominator that almost always triggers the disease. She encourages others to move toward recovery by gently nudging them to be honest about the things that have wounded them. Keen's passion lies in using music and her musical theatre background to make her keynote addresses on hope and joy, uniquely her own. Mixing humor, with interactive videos (her evil twin argues on screen with her live responses), Biblical truths interspersed with a musical punchline makes Bonnie's presentations stand out with transparent honesty. Keen was honored with an Emmy Award for discussing her life in "The Whirlpool Of Depression' on the television show On Main Street. In 2005, Day of Discovery/Pax Network aired a special on her ministry called, 'A God Of Many Chances'. Known for allowing her vulnerabilities to help others, she speaks frankly in her books, Blessed Are The Desperate For They Will Find Hope, God Loves Messy People (Harvest House), and contributions to Dance of Heaven (Multnomah), Sisters..The Story Goes On (Thomas Nelson) and What The Cross Means To Me (Harvest House.) Demonstrating her ability to connect to an audience with ease, Bonnie is an ongoing participant with the Women of Virtue conferences, appears in a Broadway-style Musical, "Adams Rib", appears in an comedy troupe "The Glory Bulges" and has shared vocal prowess at events such as Gloria Gaithers Friend's Conference, as well as having performed on more than 4 Homecoming Gaither Television specials. Virtue and Today's Christian Women magazines have featured her cover stories and she has been interviewed on many programs produced by NBC, PBS, The 700 Club, The Grammy Awards, Crossroads Christian Communications, LeSea Broadcasting and other networks. Bonnie lives in Tennessee with her husband Brent, a 5 time Grammy award winning producer and engineer with much loved visits from her children: Courtney and Graham.

Here's what you say about
Bonnie Keen - Marked for Life.