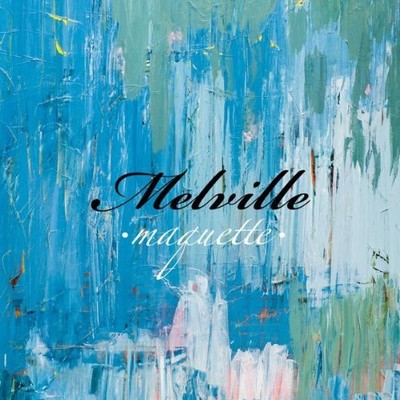 '...Melville has something entirely their own on 'Forked Tongue,' including a sense of involving drama among the rich weave of guitars.' - Portland Mercury ---- Melville's Maquette is just that: a small, preliminary model. The six-song EP, due out on October 24th, is a starting point-an outline to be expanded upon, a preview of what's to come, but perhaps more than anything an exercise that will enable the four-piece, Portland-based band to chart completely new sonic territory. Future unknown, the model currently on display is the combined effort of a band in the making since 2011 when songwriter and vocalist Ryan T. Jacobs first debuted Melville at the LaurelThirst Pub. Since then, he's found not just a steadfast lineup but also a family in band members Tim Skerpon (drums), Thomas Yates (bass) and Jim Meyer (keys). While today Melville might peg themselves as melodic indie rock, somewhat nebulously in an aural area 'between Radiohead and Americana,' as described by Jacobs, Melville knows this is just the beginning. Melville's introductory offering, Maquette, was recorded at Type Foundry Studios with Adam Selzer (M. Ward, Sallie Ford, Blind Pilot, The Decemberists, Peter Buck of R.E.M., She & Him) and mastered by Gus Elg at Sky Onion (Typhoon, Nurses, Horse Feathers, Blue Cranes), and has garnered radio play on Portland stations like KINK, KNRK and KZME. Much as life evolves around the whims of the world, so does the music of Melville as the band learns each other's talents and idiosyncrasies, becoming comfortable in their own skin. All multi-instrumentalists and experienced songwriters, good intuition is perfected by critical ears and a mentality that this band's sonic palette is limitless.[TS3] And while this exploratory attitude is unflinching, what's sure not to change is Melville's delivery: expertly crafted, emotive songs. Drenched in earnestness, Jacobs' visceral vibrato personalizes each lyric for every listener, whether through headphones or while seeing the band perform live. "It's music that moves you", which is exactly why Yates was adamant about joining the band as a permanent member following a one-off Mississippi Studios performance in 2012. As the band grows together interpersonally, so will the music transform sonically. Founded on openness and a collaborative spirit, there's a tangible longevity to Melville that begs the four-piece to explore and discover new layers to it's sound. For now, Maquette is the base layer-but Melville will be charting a fresh course from here.

Here's what you say about
Melville - Maquette.