Sunshine for the Blind - See the River Rise 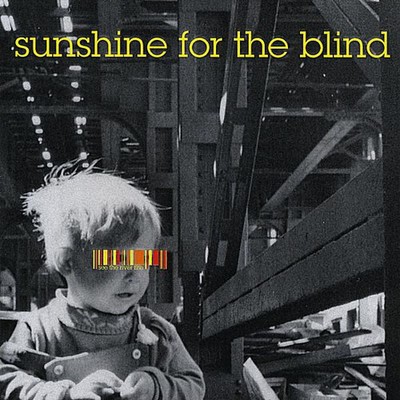 \'What\'s best about Sunshine for the Blind\'s hooky rock thing \'See the River Rise,\' from their new album of the same name? Well, the big guitars mine the \'70s without being stuck in them. The insistent, booty-addling back beat never let's up. Singer/producer/six-string wielder Brian Daly\'s pert, to-the-point vocal performance pumps the existential lyric with equal measures of defiance and dread. And while the bang-your-head-wake-the-dead quotient is way up there, no one would ever confuse Daly\'s crew with a metal band. Guess that\'s another way of saying it\'s an essential iPod track for those about to rock.\' - The Isthmus \'Daly, known in the scene for his board work at DNA Studios, also recorded and produced the album, rendering a sound that\'s crisp, clean, and straight-to-the-point, which is also how the band sounds live.\' - The Onion \'See The River Rise is an accomplished culmination of the Madison trio\'s dedication to hook-laden guitar rock that effortlessly moves betweeen it\'s new-wave, power-pop, alternative, and indie influences.\' - Maximum Ink What is colloquially known as real life can seem like a series of complicated annoyances when contrasted with the hypothetical purity of music as an ideal. Integrating one\'s musical life with the more prosaic choices forced upon us by our everyday experiences requires endless creativity and a certain singular, bordering on quixotic, focus. Brian Daly and Jon Hain are two Madison musicians who have walked the fine line between music as vocation and avocation for many years. Daly has carved out a career in the world of music production and audio engineering while maintaining steady work on his own artistic vision. Jon Hain is integrated his passion for music with his aptitude for business as the proprietor of Mother Fools Coffeehouse and his long-running record label Uvulittle Records. Over the past 15 years Daly and Hain have been regular collaborators on various musical projects. In fact, Daly recorded Hain\'s first CD, by his band, The Your Mom, in 1995. The band, started by Hain and his partner Stephanie Rearick was a psychedelic, experimentally minded rock outfit. Recorded at Daly\'s modest home studio dubbed Optisonic, the CD project was the beginning of a strong working relationship between the two. In a move designed to enhance their bands credibility and to help promote the music scene at the coffeehouse, Hain created Uvulittle Records to release the album. Both Daly and Hain pursued their chosen vocations and became well-known as core members of the independent music scene in Madison. The Uvulittle label continued with regular releases, with Daly helping out by providing mastering and engineering services on many of them. Daly has also been a regular performer at Mother Fools. Daly continued to record in his own studio and also landed a gig as a staff engineer at Smart Studios. Owned by Butch Vig and Steve Marker (Garbage), smart had a reputation that extended far beyond the bounds of Madison largely due to the high profile records produced by Vig (Nirvana, Smashing Pumpkins, Sonic Youth). Working in a world class studio honed Daly\'s production chops further, which he then used to obtain a job as a staff producer at Sonic Foundry, where he composed and created musical content for the company\'s cutting edge loop composition software ACID. After returning to the world of freelance production, Daly has continued to hone his skills, producing audio content for some of the worlds leading tech and media companies like Apple and Sony. In 2001 Daly joined forces with Mark Whitcomb to open DNA studios and the pair has maintained a busy schedule ever since with a wide variety of musical projects. Uvulittle has been a regular client, availing itself of DNAs mastering services on all four of Stephanie Rearick\'s award-winning solo CDs. In the meantime, while he was pursuing a career as a producer, Daly continued to write and perform with bands and as a solo artist. After a period of trying out different lineups and band names, Daly formed Sunshine for the Blind with drummer Daphna Ron and bass player Ken Stephenson. The trio created a hard-edged sound with roots in classic rock and new wave but with a decidedly modern mindset. Taking advantage of his sharp production chops and his newly outfitted studio, Daly decided to record an album of his own for the first time. The resulting record See The River rise bears evidence of Daly\'s professional skills but retains the immediacy of ensemble playing with intensity and presence. Sunshine For The Blind has been gigging around Madison for a few years and continues to develop as a contender in the ever vital indie rock world. Self released in late 2007, the CD was re-mastered in early 2008 and re-released on the Uvulittle label in the summer..

Here's what you say about
Sunshine for the Blind - See the River Rise.