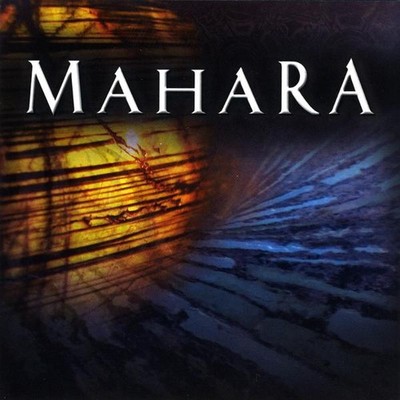 Mahara is an original Acoustic Progressive Rock Band from Chicago. The sound of Mahara has been described as a blend between Acoustic Progressive Rock, cultural music, and Acoustic Metal. Formed in 2007 by Bob Macko (Guitarist, Multi-Instrumentalist, Composer), and Sven Oscar (Tabla Player, and World Percussionist), Mahara currently performs in many venues across the Midwest, and delivers a full spectrum of emotion through their dynamic and engaging music. Bob Macko: Composer, and musician, Bob Macko currently plays and practices Guitar (acoustic / electric ), Bass, Piano, Hand Percussion, Flute, Harmonica, Violin, Viola, Didgerido, Sitar, and Vietnamese Ocean Harp, with a main focus and proficiency on guitar. His musical influences are broad, ranging from Western Rock, Progressive, Experimental, Jazz, Classical, and also many cultural influences including Japanese, Australian, Spanish, Middle Eastern and Egyptian music. Aside from creating music for Mahara, Bob has also composed, produced, and released several meditation and relaxation CD's as apart of his solo project. Bob is also a part of the Chicago Electronic / Industrial band Cobalt Core, an up and coming project that has been described as a sonic blend between Depeche Mode and Nine Inch Nails. Bob's musical pursuits and endeavors have led him to create the 1999 media company Lux-Productions, and later to co-found the artist cooperative, Strength Productions. Sven Oscar: Sven Oscar has been a passionate player of percussion for over two decades. Indian tabla and Middle Eastern instruments are his favorite styles of hand drumming. Sven seeks to bring these cultural influences and modes of playing to western music, which is now so heavily influenced by electronic media. 'Drumming is pure joy' says Sven, 'This music flows through our fingers from a source greater than ourselves. This is the deep gratitude we feel as we make these melodies and rhythms.' Sven has performed with many solo artists, guitarists, singer-songwriters, spoken word poets, and bands in the midwest. He appears on several of their albums. Sven has had the great fortune to study percussion with Indian tabla gurus Ananda Shidaye, Zakir Hussain and Rama Kant.

Here's what you say about
Mahara - Mahara.