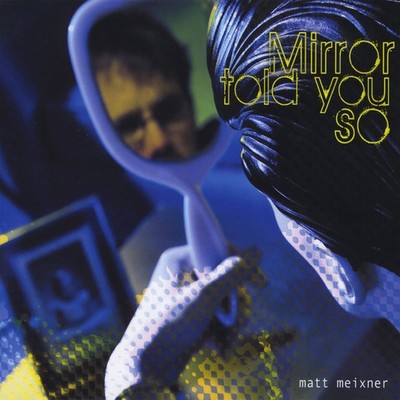 Not many living blues musicians can say they have performed with and recorded for legends like Big Mama Thornton, Sonny Rhodes, Luther Tucker, Jimmy McCracklin, Pee Wee Crayton, Carla Thomas, Booker T. Jones, Percy Mayfield, Etta James, B.B. King, and Jimmy Reed. Ron Thompson can, and that's just the beginning! Ron Thompson is a legendary rhythm and blues guitarist and master keyboardist whose career began in the rough and tumble world of East San Francisco Bay nightclubs and bars in the early '70s. During many years of touring coast to coast with John Lee Hooker, Hooker was quoted as saying, 'Ron Thompson, he's my main man!' After serving as John Lee Hooker's bandleader for seven years, Thompson went on to form his own group, Ron Thompson and His Resisters, and toured extensively in the U.S., Canada, Europe, and Central America. In the early 80's, Ron met Mick Fleetwood (Fleetwood Mac) and the two became musical partners and close friends. Mick convinced Ron to move to Los Angeles where they formed the band, Mick Fleetwood's Blue Whale. Ron Thompson was recently honored by the City of San Francisco for his decades of musical contributions. A few days after Barry Bonds got 'his day' in The City for breaking the all-time American baseball home run record, San Francisco celebrated it's own musical home run king, Ron Thompson. By official proclamation of Mayor Gavin Newsom, September 5, 2007, was declared 'Ron Thompson Day in San Francisco.' Tom Mazzolini, founder and producer of the San Francisco Blues Festival, the longest running blues festival in the United States, said, "I've always felt Ron is the most talented blues guitarist I've ever seen. He can do it all. He's extraordinarily gifted. What many folks aren't aware of is that Ron was a huge asset in the re-emergence of John Lee Hooker. He was the foundation for that boogie sound." Thompson performed extensively in 2007, including a summer tour with Chris Isaak; two shows with Bruce Willis; a week on the Legendary Rhythm and Blues Cruise in October with such musical VIPs as Taj Mahal and Elvin Bishop; as well as headlining a number of festivals throughout the United States. Thompson headlined the 40th Anniversary of the Summer of Love Concert in Golden Gate Park last September, sharing the bill with legends such as Jefferson Starship, Canned Heat, Jesse Colin Young, and many others. A two hour documentary of the concert, which began with Thompson's sizzling performance, was aired in the San Francisco Bay Area recently, and will soon be nationally syndicated. In 2008, Thompson will be touring the Northwest, Colorado, the Midwest, and has a European tour in the works. Andy Grigg, music critic for Real Blues magazine, wrote: "If you haven't experienced Ron T. 'live' I can't even begin to convey the absolute go-for-broke Blues rave-ups and sweat-soaked pandemonium Thompson and his Resistors dispense on a nightly basis. When it comes to slide guitar workouts, I would say he's the Best in the World, and yet the man sings his ass off too." Thompson was nominated for a Grammy for his album "Resistor Twister." Thompson has received countless awards and accolades, including Real Blues magazine's Best Live West Coast Blues Act, Best West Coast Blues Slide Guitarist, and Best West Coast Blues Guitarist/Modern for 2004. Thompson's extensive discography includes five of his own albums, much studio work, and several European anthologies. Not only has he shared the stage with numerous blues luminaries, Thompson has performed with or recorded for such musical greats as Fleetwood Mac, Chris Isaak, Carlos Santana, Bonnie Raitt, Elvin Bishop, Bill Medley, Huey Lewis, Dr. John, songwriter Bobby Womak, The Fabulous Thunderbirds, Robert Cray Band, Z.Z. Top, and legions of others artists. Shortly after recording with Chris Isaak on San Francisco Days and touring to promote the album, Thompson was called on stage. Isaak introduced him, telling the audience, 'You might think these crowd barriers are here to keep you away from the stage. They're not. They're here to keep Ron Thompson away from you!" Steve Cropper, one of the founding members of both Booker T. and the MG's and The Mar-Keys, (and who has also written songs with Wilson Pickett, Otis Redding, Eddie Floyd, and dozens of others) once said of Ron, "What this guy knows, you can't get out of a book." Thompson's latest all-solo CD, Resonator, was released in January 2007. Ron recorded on guitar, mandolin, piano, and vocals-and then mixed it all together for an unbelievable, quadruple threat, all-Ron Thompson recording. Most of the material is comprised of original Ron Thompson compositions.

Here's what you say about
Ron Thompson - Magic Touch.