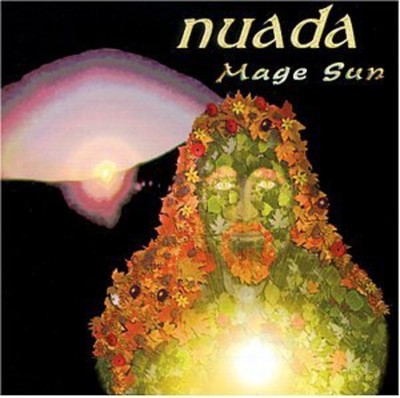 Introduced to 'electronic music' during the early 70's in his Jr. High music class while growing up in Hammond Indiana and south Chicago, Nuada was immediately hooked. He ran out to the local music store, purchased the new album (remember those?) 'Switched-On Bach' and started saving for his first synthesizer. A professional magician since age 10 through adult-hood, Nuada has appeared on national and local television and extensively toured the United States several dozen times including Branson and Las Vegas. Not only for his own show but for National Theatrical and Opera production companies as creative director, designer, manager, performer, road director, production manager. Creating his own music for his own shows, he became more and more overwhelmed by requests for the 'fantastic and unusual' music that was playing during his act. Nuada refined and defined his own unique style over the past 24+ years. His influences are many and he feels like he is touched by all the music he hears. Inspired by every genre of music, Nuada's own is always a metamorphic work in progress which starts out in the improvisational stage. He imbeds his passion for drama and magic into his compositions creating 'extremely colorful and harmonic mystical theatrical works that both moves and inspires'. Radio personality Don Jerome states, 'Nuada paints his brand of colorful music into compositions that are an ever evolving pilgrimage through worlds both light and dark. It propels the listener from extreme lows to fantastic highs.' He is constantly broadening his sonic palette. Not only with synthesizers but by such things as participating in cultural drumming circles joined by other musicians from around the world and from unique cultural, social and spiritual groups. In 1999 he took up the Theremin and also plays the McNally StrumStick among other things. Nuada attended college at Chicago's Columbia College - an arts school, where he studied cinematography and animation. Nuada's hobbies include Ghost Hunting from which you may have also seen or heard him on national television and radio shows. Having grown up in a haunted house him self. Power Kiting, Graphic Art and playing games with friends and family are some of his other hobbies. He was a resident at one of Chicago's largest children's theatres and creative consultant and stage director for Creative Character Costume and Design. He also founded the highly successful Mystique Productions which created special effects, presentations and designs for Corporate Trade Shows and musical groups and is a professional designer of theatrical sets and lighting. He had also worked as technician on many major motion pictures for companies like Universal and Columbia including 'A League of Their Own' and 'Hoffa'. 'Music has been one of the most important influences in my life.', states Nuada. 'I listen to it when I go to bed and when I get up in the morning. I am happy to hear that I can bring some of the same joy to others. Other then being surrounded by those who love you and whom you love; what else could someone ask for?' Influences: Tangerine Dream, Michael Hoenig, Vangelis, Kraftwerk, Klaus Schulze, Enigma, Delirium, Pink Floyd, Bach, Raspighi, Christopher Franke, Mort Garson, Peter Baumann, Peter Gabriel, The Monkees (yep, you heard right!), Jean Michel Jarre, Alan Parsons, Jan Hammer, Genesis.

Here's what you say about
Nuada - Mage Sun.