Cooper Boone - Made in America 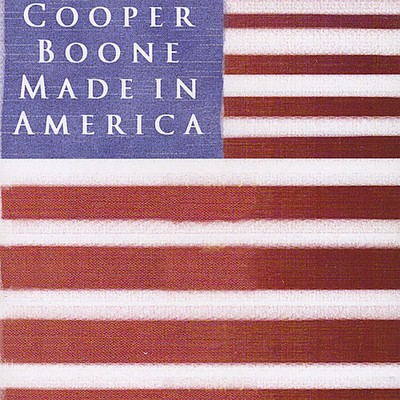 Cooper Boone has played to sold-out crowds at the world famous Cutting Room in New York City, NYC AIDS Walk In Central Park, the National 4th of July Celebration in Washington, DC, Bethel Woods Center for the Arts with Trace Adkins, Nashville\'s Wildhorse Saloon at the CMA Music Festival for ABC TV, MusikFest (Bethelehem, PA), The Mohegan Sun Casino, NASCAR and recently opened for country star, Craig Morgan. He recently wrote the title track off his upcoming album \'Made In America\', for the Travel Channel show \'John Ratzenberger\'s Made in America\'. Coop now has airplay on over 500 radio stations worldwide. Although born in the heartland of America in Minnesota, Cooper has spent the last 15 years living and working between his farm in Pennsylvania and NYC. But you wouldn\'t know it listening to him lay down tracks for his new album Made in America. Cooper is living testimony that country is a place in the heart, not a place on the map. So how, among the concrete and noise of the New York City streets, did he find his way to country music? At a very young age Cooper had a calling, but it wasn\'t music. He wanted to help people through their darkest hours and found that purpose as a psychologist. After receiving his doctorate degree in clinical psychology, he left his home in the heartland and moved to where many would consider the Mecca of psychotherapy - New York City. During his career, he has helped hundreds of families deal with addiction, trauma, obesity and illnesses such as cancer and AIDS as well as the aftermath of 9-11. From his work with patients in prisons, city projects, hospitals and clinics, Cooper has seen it all...and those stories live in his music.

Here's what you say about
Cooper Boone - Made in America.