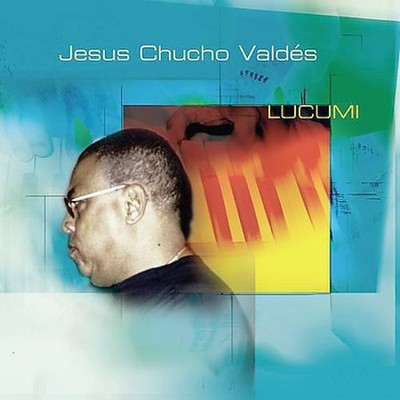 Chucho Valdés (Dionisio de Jesús Valdés) Pianist, organist, composer and intrumentist. He was born in Quivicán, Havana Province on October 9, 1941. Considered as one of the most remarkable pianists from the musical universe, he is also one of the four best jazzists of the entire world. Since his early years, he started to play piano with his father, the luminary musician Bebo Valdés and being 6, he formally entered directly into the 4th year of his career, starting at 14 his professional career on Sabor de Cuba Orchestra under his father's conduction. As student of the Municipal Conservatoire of Havana, he worked there with Ángela Quintana, being, later on, Zenaida Romeu and Rosario Franco's pupil, whose influences are considered important for his musical development; graduating from University of Arts (ISA) on Havana. Before he was 20, he was already a famous pianist, deciding afterwards to integrate different Jazz groups. Starting the 60s, Chucho integrated the orchestra from the Musical Theater of Havana, coinciding in professional collaboration with Leo Brouwer, Federico Smith and Alberto Alonso. He was part, a few years later of the Orquesta Cubana de Musica Moderna, one of the founders of Irakere together with Sax Paquito D'Rivera and guitarist Carlos Emilio Morales. This outstanding group developed a worldwide reputation, introduced Cuban Jazz to US audiences with the help of Dizzy Gillespie and made an individual international reputation for many of it's members. His world-wide revelation as an important exponent from the international jazz movement was at the Jamberee Jazz Festival in Varsovia, 1970, where he was placed among the five best jazzists of that moment as faithful renovator of Latin or Afrocuban Jazz and amazing defender of the Cuban jazzist message. Chucho Valdés has traveled to more than 50 countries performing at internationally acknowledged venues such as Carnegie Hall, Kennedy Center, Lincoln Center, Amadeo Roldán and many others. He has recorded around 50 CDs. His performance quality has been internationally recognized through the granting of Doctor Honoris Cause Condition by Victoria de Canada and Havana Universities and Félix Varela Medal also in Cuba, keys of San Francisco, Los Angeles, Madison and Nevilly in United States of America and Ponce's Keys in Puerto Rico. Master of all genres, Jazz, Classic and Popular Danceable Music, he has teached masterful classes at Banff University in Canada, Royal Academy of Music in London, High Studies Center in Los Angeles and San Francisco in California, USA. He was bestowed with four Grammy Awards: in 1978 for Misa Negra interpreted with Irakere Group;1996 with Havana, set recorded with the trumpeter Roy Hargrove and a Cuban American Band, on 2001, with his Live at the Vanguard Village, live concert in this legendary Club of New York and on 2002 with his Canciones Inéditas CD via EGREM, which gained Latin Grammy Award as Best Instrumental Pop album. Among his compositions, we can highlight: Mercy cha, Niña, Por la libre, Valle Picadura (danzón), Misa Negra (for piano)(Pimienta Records) and Alamar among others. His original instrumentations of popular pieces are considered a valuable contribution for the Cuban musical development. In August 2007 Chucho traveled to Europe and play with his father Bebo Valdés and the event was appraised as one of the most relevant of the year. After 47 years, father and son joined to show off the great international piano in which they mixed jazz and Cuban rhythms.

Here's what you say about
Chucho Valdes - Lucumi.