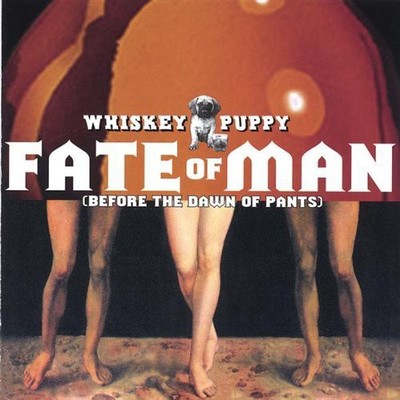 Whiskey Puppy: A brief history. The year was 2000. Josh Cole,Rachel Gold and Justin Auld were spending a pleasant afternoon picking music in a grassy field, when suddenly a vision (hallucination?) appeared in the heavens. It was the archangel Gabriel telling them to go to the store to get more beer. Later that afternoon in a frenzy of religious fervor, they decided to form a band ... and that band was called Whiskey Puppy. After much research, hard work and practice, Whiskey Puppy began a whirlwind tour of small bars, medium-sized bars, large bars, parties, weddings and small bars in Portland. Then in 2001 using state-of-the-art equipment and lots of booze, Whiskey Puppy recorded their first breakthrough album, Pork Dungeon (Hair of the Puppy), a collection of long-forgotten classics and hits from the late 1920's, as well as some original classics and interpretations of bluegrass standards. After much deliberation and name-calling they decided to add a bass to the mix. When they couldn't find a bass, they recruited James Cook to join the band with his wacky washtub bass thingy. History was made again in early 2003 with the release of the second Whiskey Puppy album: Love Storm (puppy style), a second collection of music that explores the depths of obscure Americana, and delves deep within the cracks of forgotten songs. The history of Whiskey Puppy has been a long and treacherous road, one filled with twists, turns, and dramatic switch backs. Keep your eyes peeled and start chilling some beers, for the Puppy is coming to your neighborhood!