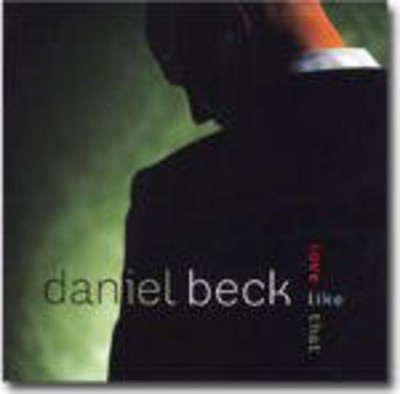 Dan began singing during his sophomore year of high school when the door to the world of singing and acting was suddenly thrown wide open to him while watching his brother Mattney perform the lead in the school musical. Although he had watched his sister Michelle perform on many occasions and simply adored and admired her beautiful singing voice, it wasn't until watching his older brother have so much fun entertaining people through acting and singing that it instantly became socially acceptable for a guy to sing well too. Well the bug bit and the following year he auditioned for the school musical, "The Sound of Music." Matt played Captain Von Trapp and Dan played Rolfe and from then on he was hooked! Through high school and just after, Dan continued to act in local plays, but it was the singing that became the most exciting to him. He took vocal lessons over a couple of summers during high school. At this time it was the Broadway musicals that inspired him to continue to develop his singing voice. He would use what he learned in voice lessons and just sang and sang and sang, mostly in his car, along with Broadway musical soundtracks, trying to pretty much mimic how the men and sometimes even the women sounded on those tracks. Dan considers it one of the most exciting times of his life, when over the course of the next 2 or 3 years, the more he sang along with these cassette tapes in his old '82 Mazda 626, the more he could use and control a voice with a range he never thought he would have, much to his excitement and surprise. He hasn't been able to stop singing since and would like to thank the original Broadway cast of "The Phantom of the Opera," and the original London cast of "Les Miserables" for their direct influence over Dan's development as a singer during this time. After a year of college at Weber State University, Dan fulfilled three life-long dreams when he served a 2 year mission in North Carolina for the Church of Jesus Christ of Latter-day Saints, met and married, Amy, the woman of his dreams, and started a family (in that order). Over the next few years, in the midst of school and work and taking care of a growing family, Dan kept performing in musicals and singing where he could, performing in such shows as "Oklahoma," "1776," "Carousel," "Annie," and "The Scarlet Pimpernel." While doing these shows he met the producers of the "Liken the Scriptures" series of DVD's for children from Lightstone Studios. He's had the pleasure of appearing in four films for Liken playing King Lamoni in "Ammon and Lamoni," King Saul in "David and Goliath," the Angel Gabriel in "The First Christmas," and was most recently seen as Rex, the singin' dancing king of the lions in "Daniel and the Lions." He was also able to try his hand at directing as an associate director for the sixth episode in the series - "Esther and the King." While performing in "The Scarlet Pimpernel" Dan met Kenneth Cope, an extraordinary composer, arranger, and recording artist who immediately became an extraordinary friend. Through this association, Dan has enjoyed more work as a studio vocalist. Along with recording the part of John the Beloved in Kenneth's upcoming "Son of Man" project, he has recorded a couple of tracks for the Especially for Youth 2007 album, "Power in Purity." With Kenneth as producer they finished working on Dan's first solo album, Love Like That, just released in 2008.

Here's what you say about
Daniel Beck - Love Like That.