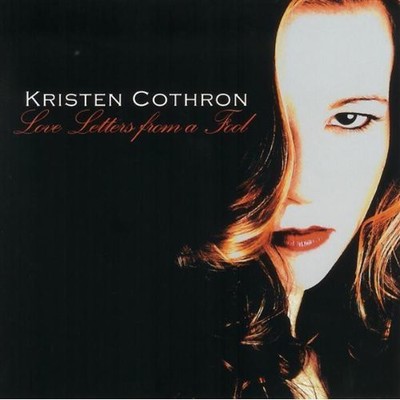 Look up chanteuse, and you just might find Kristen's picture. Her voice is reminiscent of classic jazz singers, but the songs are edgy and smart and cut right across the lines in an interesting way. Her musical influences range from Elvis Costello to Led Zeppelin to Patsy Cline and Nina Simone. Although young by measure of years, she emits the soul of a veteran musician through her music, lyrics, and performance. Kristen began singing and performing at the age of six, playing the guitar at age nine, and writing lyrics and music at age thirteen. She has had 12 years of vocal training, studying both privately and also with the Nashville Jazz Workshop and at Berklee College of Music. She spent her high school years performing around Nashville both solo and with local jazz groups such as The Tennessee Youth Jazz Orchestra and The Southern Fly-By-Night Singers. At 16 she received a scholarship to the Berklee Summer Program as well as a World Tour Scholarship to attend Berklee College of Music the following year. Currently residing in her home town, Nashville, Tennessee, Kristen is actively pursuing her musical career. She released an acoustic album 'Only Words,' her first collection of original songs at 16. In 2004 she collaborated with producer Andy Behrens and found a more evolved jazz/folk sound on the EP 'Moment in the Moon.' In 2006 she worked with producer Ben Strano on 'Love Letters from a Fool' and added an edgy twist to the jazz pop flair. This CD, her first full length, full band effort, takes the listener on an insightful journey via clever songwriting and unique vocal delivery - from the spine-tingling intrigue of Dangerous, through the anticipation of Whenever You Come Around, ending with the bittersweet melancholy of Fall. Since the release of 'Love Letters from a Fool' in May of 2006 Cothron has been touring regionally and is currently celebrating the release of her music video, 'Dangerous.' Whether she's singing a jazz standard, a classic soul tune, or one of her eclectic original songs- Kristen's sound is undeniably her own. Discography 'Dangerous' Music Video 2007 'Love Letters from a Fool' 2006 'Moment in the Moon' 2004 'Only Words' 2001.

Here's what you say about
Kristen Cothron - Love Letters from a Fool.