Michael Harrison - Lost in the Blues 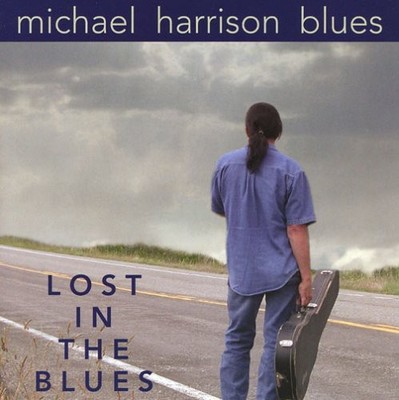 Michael has developed a style all his own... He has many talented guitar players to thank for helping with that: BB King, Jimi Hendrix, Tommy Bolin, Buddy Guy, Stevie Ray, Muddy Waters, Johnny Lee, Clapton, Johnny Winters and many other great players... Bob Marley's influence helped Michael learn to put his feelings into his vocals. He met the great Jimi Hendrix in 1968, when he was about 14 years old. Hendrix showed him some licks, and as Michael puts it, 'I didn't get it for about ten years.' Michael recorded his first album, Easy Money, in 1979, and tried very hard to get it out there - almost impossible as an independent artist back in the day! There are some great musicians on the album, along with unique tunes and arrangements, great sax, keyboards and guitar work. Consequently, Easy Money has been remastered and released again this year, in limited edition. Michael has traveled the U.S., playing with some great people along the way... Ron Bland, Toy Caldwell (Marshall Tucker Band), Tommy Bolin, John Lee Hooker, Mark Naffler (Butterfield Blues Band), Charlie Musslewhite, Katie Moffat, Jim Ridl, Steve Watts, and many great Blues players during his time in California. Fans are excited about the release of his new album, Lost in the Blues, a wonderful mix of some favorite blues songs and original songs with a variety of styles and tempo that will have you rockin'! Thanks for listening!

Here's what you say about
Michael Harrison - Lost in the Blues.