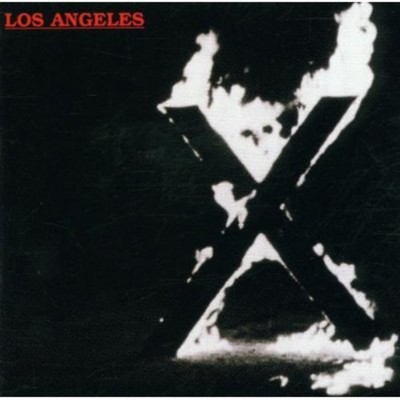 John Doe, Exene Cervenka, Billy Zoom, and D.J. Bonebrake were critical and popular heroes on the bristling LA club scene of the late '70s to early '80s. With X, the four took a hardcore approach that combined traditional blues, folk, country, rockabilly, and punk rock with a dark lyrical sensibility that reflected the cynical times. X came up from the LA underground and built a dedicated West Coast following. Among the band's biggest early fans was ex-Doors keyboardist Ray Manzarek, who produced X's acclaimed first album, Los Angeles, for the fledgling local label Slash. After 1981's equally praised Wild Gift, X signed a major-label deal with Elektra, which would release 1982's Under the Big Black Sun and their next four albums - each a raging slab of musical invention that would help sow the seeds of the "alternative" revolution. Produced by the Doors' Ray Manzarek, Los Angeles, X's groundbreaking debut, was all about capturing the spirit of the band's explosive live show. It's among the most influential punk albums of all time - now expanded with five bonus tracks, including unreleased demos and alternate versions. Deluxe booklet includes liner notes, band commentary, photos, memorabilia, and lyrics.

Here's what you say about
X - Los Angeles.