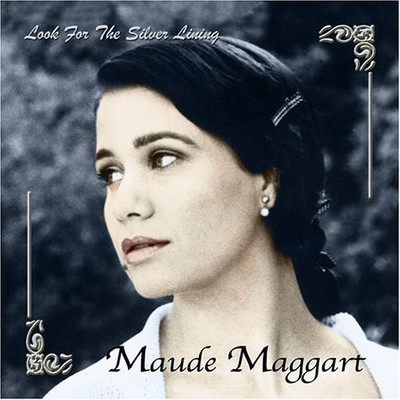 Born and raised near 125th street in New York City, Ms. Maggart is the first daughter of Broadway veterans Brandon Maggart and Diane McAfee, and the sister of singer/songwriter Fiona Apple. Ms. Maggart created a stir in the Los Angeles cabaret community in March 2001 with her debut show in Hollywood at the Gardenia, where Les Traub of Cabaret Scenes declared her 'destined to become a major cabaret star.' Gardenia owner Tom Rolla subsequently invited Maggart to perform an open-ended weekly run, just as her mentor, Andrea Marcovicci, had done before her. Fostered by Marcovicci and Michael Feinstein, Ms. Maggart was introduced to cabaret society, appearing as guest artist with Feinstein and Marcovicci at various cabaret venues around the United States; notably Feinstein's at the Regency in Manhattan, the Plush Room in San Francisco, and the Oak Room in Manhattan. On her own, Maude made her New York City debut at The Oak Room at the Algonquin Hotel. She has since held extended engagements at the Plush Room in San Francisco, The Gardenia in Hollywood, Schroeder's Cabaret in San Diego, The Royal Room in Palm Beach and Danny's Skylight Room in Manhattan. In all locations she garnered all-around top critical acclaim and also feature stories in The San Francisco Chronicle, Time Out New York, and the Boca Raton News for her tribute to the women of the nineteen-twenties: 'Shaking the Blues Away: a 1920's Cabaret'and her current show 'It's The Talk Of The Town: a 1933 Songbook.' Maude has performed at Manhattan's Town Hall in the annual Mabel Mercer Foundation's Cabaret Convention for the past four consecutive years, and in May 2004 she co-starred in the critically acclaimed 'Easy To Love: The Love Songs Of Cole Porter', directed by Andrea Marcovicci for The 92nd Street Y.

Here's what you say about
Maude Maggart - Look for the Silver Lining.