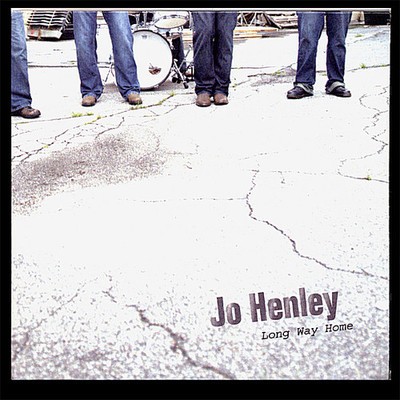 Singer-songwriters Andy Campolieto and Ben Lee have spent the past ten years writing, recording, perfecting, and performing their unique blend of original pop-infused roots-rock. The two met while undergrads at Ithaca College, where they all too frequently traded afternoons of textbooks and classrooms for acoustic guitars and empty stairwells. Perhaps this wasn't the most parent-friendly use of tuition dollars, but nevertheless these early jam sessions galvanized a mutual passion for songwriting; something about the process of taking scraps of lyrics and bits of melody and sculpting them into songs appealed to them on a level deeper than anything they had ever experienced. They soon formed a rock band called Old Janx Spirit and jumped headlong into Ithaca's thriving local music scene, cutting their teeth on the stages of cramped coffeehouses and rowdy college bars. Before OJS finally ran it's course, the band recorded a full-length record, enjoyed radio airplay, and performed in venues across the Northeast. The duo went on to front a groove-based funk-rock band called Gel for several years, but by spring 2003, having relocated to Boston, they had begun work on a new project called Jo Henley. Tired of the loud and bloated sound of beefed-up rock bands, they returned to their roots: acoustic music. Just two guitars and vocals, scraps of lyrics and bits of melody. The songs came quickly, and the results were exciting. Drawing from their love of country, blues, folk, pop, and rock, Andy and Ben soon amassed a breadth of quality material and once more took to the stage. Playing notable Boston-area venues such as The Middle East, Harper's Ferry, and TT the Bear's Place, among others, Jo Henley worked diligently on honing it's live act. Over the next two years, Jo Henley gigged it's way into singer-songwriter showcases, guest spots on live internet radio shows, and gradually attracted a loyal fan base. Finally, in early 2006, convinced that the right mix of players and instrumentation would propel their music to it's fullest potential, Andy and Ben sought out and added three talented musicians: Tim Weed on fiddle and mandolin, Alex Lynch on bass, and Tien-Yi Lee on drums. The chemistry was immediate. The result: a nimble, stripped-down five-piece rock-country-pop band reminiscent of something along the lines of 'Harvest'-era Neil Young meets Jack Johnson. Jo Henley has never sounded better. While the emphasis will always be on songs, the ensemble's energy, ability to improvise, and habit of tossing in fun covers, make it a top-notch act not to be missed.

Here's what you say about
Jo Henley - Long Way Home.