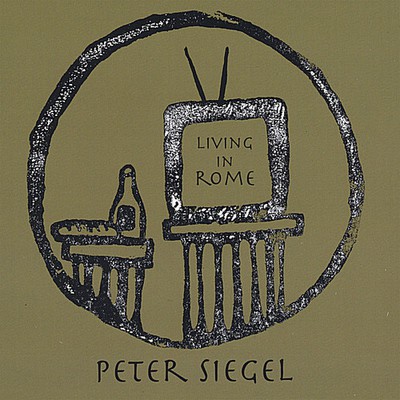 Peter Siegel has been a mainstay of the traditional dance scene of the pioneer valley of western mass. Playing dances and concerts and with david kaynor and the greenfield dance band; upstate New York's beverwyck string band as well as the new old time trio underbelly with alicia jo rabinsand michael daves. The last few years he's been touring the continental US. He's been seen and heard on the nationally syndicated etown, wamc's dancing on the air with jay ungar and molly mason, in venues such as the kennedy center in Washington dc and the Chicago cultural center, and festivals from the great hudson river revival, to the American festival of fiddle tunes. He is an annual teacher of traditions at the john c. campbell folkschoolin brasstown, nc, and played in colleges nationally from New York university to the university of Indiana. Among other places he has performed in the iron horse music hall in northampton,ma to the walkabout coffeehouse in katonah, NY, caffe lena in saratoga, NY. his songs and tunes have beeen published bysing out! Magazine, and the Portland collection recorded on numerous cds. He's collaborated and worked on recording projects with, michael daves, alicia jo rabins ethan hazzard watkins karen tweed, stuart kenney, noami morse, elvie miller, david kaynor,anna patton Quotes: 'Peter Siegel is a skillful, thoughtful, witty and insightful, singer and songwriter...and a darn good guitar player too! He can keep you entertained, while touching your emotions and giving you something to think about at the same time. ' --Jay Ungar,_Hudson Valley Fiddler and composer of Ashokan farewell, theme to The Civil War '(Peter) approaches his music with insight and perceptivity that might make people change their way of thinking about the environment and the world's political scene.....his music is both enjoyable and thought-provoking. His songs delve into social issues that many singer-songwriters choose to avoid, and he tackles these with a sense of compassion and forward thinking that is unusual in this day and age....' --Wanda Fischer_Host of Hudson River Sampler, WAMC-FM _'Peter Siegel knows how to incite and delight through his words and music he evokes the (folky) politics and humor of Phil Ochs and Tom Lehrer. Siegel's latest, Move the Mob, is witty, timely, topical, and eloquent. A thoughtful artist in the effort to blow open and validate the consciousness of his audiences and our time.' --David Kupfer, Whole Earth Magazine.

Here's what you say about
Peter Siegel - Living in Rome.