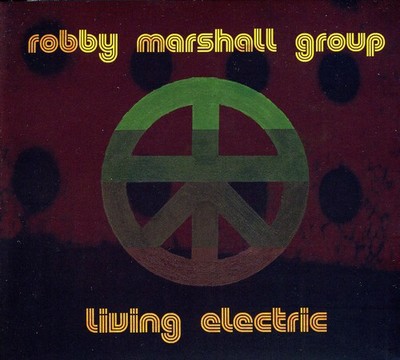 Robby Marshall - saxophones, samples, synthesizers Andrew McKay - guitars Danny McKay - bass Romain Collin - keyboards Zach Harmon - drums with special guests: Genevieve Artadi, Louis Cole, and Schwee 'Living Electric' is the debut album from saxophonist/composer Robby Marshall's electric project. Best known for their lively concerts in downtown bars and underground speakeasies, the band has begun to redefine the role of instrumental music in Los Angeles. All members of the band are multi-instrumentalists, eager to add unique textures such as tabla, acoustic guitars, vintage keyboards, sampling, and electronic effects. Improvisation is key to their sound as they incorporate their influences of jazz, blues, drum 'n bass, rock, and world music. Always true to their influences, the band does not shy away from well-placed covers. They are sure to add their personal spin, as heard in their dreamy version of Elliot Smith's 'Waltz #1.' Robby first moved to Los Angeles in 2002 to attend the USC Thornton School of Music. While studying, he began playing saxophone for the legendary producer, David Foster. He recorded for Michael Buble (Warner Bros.) and toured with the young vocal phenom, Renee Olstead (Reprise). Since then he has continued to work with many noteworthy musicians along the way, including Terri Lyne Carrington, Bill Watrous, Shelly Berg, Tigran Hamasyan, Taylor Eigsti, Robi Draco Rosa, James Tormé, Hilary McRae, and Harry Belafonte. He was a participant the in Henry Mancini Insitute, where he contributed to the Grammy-nominated recording, Elevation. In 2004 the USC Thornton School awarded Robby with the Bobby McFerrin Scholarship, which resulted in a memorable performance alongside the virtuosic vocal legend.

Here's what you say about
Robby Marshall Group - Living Electric.