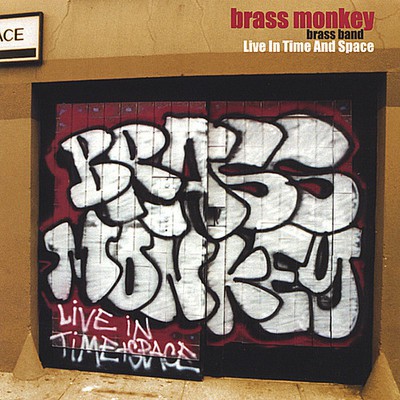 Relentless drums, rumbling tuba, and wailing horns...nothing kicks the party into high gear like a smokin' brass band! Now you don't have to trek to New Orleans to catch second-line fever - the Bay Area's own BRASS MONKEY BRASS BAND (BMBB) brings the infectious energy and funky good times to the West Coast and beyond. BMBB is a powerhouse 8-piece in the style of New Orleans' own Dirty Dozen and Rebirth Brass Band, with the traditional lineup of tuba, saxes, trumpets, trombones, bass drum and snare. BMBB's wide repertoire ranges from New Orleans classics like 'When The Saints Go Marching In' to danceable favorites by a variety of artists from Led Zeppelin to Roger & Zapp, plus their own irrepressibly funky originals. BMBB originally formed to play a Fat Tuesday party in 1999 by Bay Area tuba man Jon Birdsong (Beck, Victoria Williams, Beth Orton) and drummer Kevin Stevens (Meow Meow, The New Morty Show). The success of this one-off show inspired BMBB's eight members to start writing and playing together on a regular basis while maintaining their sideman gigs with greats including Sly & the Family Stone, Santana, Boz Scaggs, Minnie Driver, KC and the Sunshine Band, Donovan, Thomas Dolby, Howard Tate, Pharoah Sanders, The Glenn Miller Orchestra, Polkacide, The Rhythm Pigs, and even The Barnum and Bailey Circus. Word quickly spread about BMBB's high-octane, highly danceable nights, establishing them as favorites on the SF club scene, playing The Fillmore, Bimbo's 365 Club, Great American Music Hall, Elbo Room etc. Before long they were invited to play countless festivals such as the Monterey Jazz Festival, 'New Orleans Day' at the Concord Pavilion with John Fogerty and Dr. John, Blues by the Bay (Eureka, CA), and the Rhythm & Roots Festival (Santa Rosa, CA). While the band's musical chops earned them the coveted slot performing an impromptu set with Bobby McFerrin at the SFJAZZ Festival in 2002, BMBB's universal appeal made the band the perfect choice for the San Francisco Giants to have the band play Opening Day at Pac Bell Park. In 2006, the band was asked to be part of a monumental night at the legendary Hollywood Bowl (Hollywood, CA.). The 'New Orleans Night' bill included the long awaited return of the original members of The Meters, The Neville Brothers, and Brass Monkey. BMBB's debut CD, Live in Time and Space (2001 Weed Records), received national airplay on a wide variety of radio and the song "Saints" was the soundtrack for a 2002 Coca-Cola commercial. Their second full-length recording, The Highest Good, which features 75 minutes of wide-reaching writing, arranging and performing, and pushes the New Orleans brass band to the next level.

Here's what you say about
Brass Monkey - Live in Time & Space.