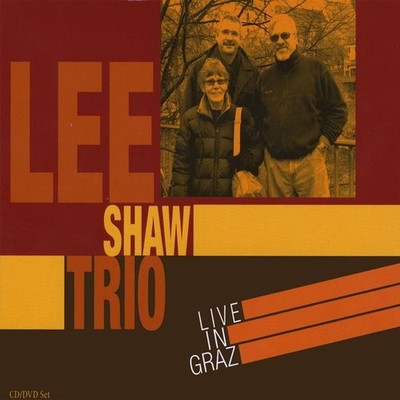 Pianist, composer, and bandleader Lee Shaw is a youthful octogenarian who has more energy, passion, and intellectual curiosity than many people a fraction of her age. The Lee Shaw Trio: Live in Graz, CD+DVD release available October 14, 2008 on Artists Recording Collective, brings us face to face with this little-known genius of jazz who has never truly received her due. The Lee Shaw Trio, with bassist Rich Syracuse and drummer Jeff 'Siege' Siegel, is a swinging, acoustic jazz piano trio led by a woman who not only expands the tradition but also helped to create it. Shaw studied with Oscar Peterson, taught piano to John Medeski, and worked with countless jazz luminaries including Dexter Gordon, Thad Jones, Chico Hamilton, Pepper Adams, Zoot Simms, Al Cohn, Richard Davis, Slam Stewart, Major Holly, and Eddie Jones, among others. The CD portion of Live in Graz catches the trio in an electric performance at the Café Stockwerk (Graz, Austria) in November 2007, while the DVD includes interviews with Shaw and footage from a concert in Germany during the same European tour. Also on the DVD are many of Shaw's compositions from two earlier discs with the trio, plus a compelling Shaw original entitled Blues Eleven from the Graz performance. Born in Ada, Oklahoma in 1926, Shaw learned the 'American Songbook' tunes when they were new. She had a voracious appetite for music of all kinds: 'I loved music, and I wanted to carry it with me wherever I went. That's why I was really happy when tape recorders came along!' She studied classical piano in Chicago, but the lure of jazz came strong, and soon she was playing in clubs all over the city. It was there that she met drummer Stan Shaw, a New York native whom she married. They formed a piano trio and eventually moved to NYC, where they played at Birdland and other top venues. Bandleaders such as Lionel Hampton asked her to join their groups, but she turned down these offers in order to focus on the trio with her husband. After their move to the Albany area, where she's lived for the last three decades, they continued to work with big name musicians who came through town. After Stan's death in 2001, Shaw began working with bassist Rich Syracuse and drummer Jeff 'Siege' Siegel. This project is in many ways a result of Syracuse and Siegel's devotion to Shaw and their belief that it is her time to shine. Shine she does on this new project, which is an exuberant celebration of both her music and her life.

Here's what you say about
Lee Shaw - Live in Graz.