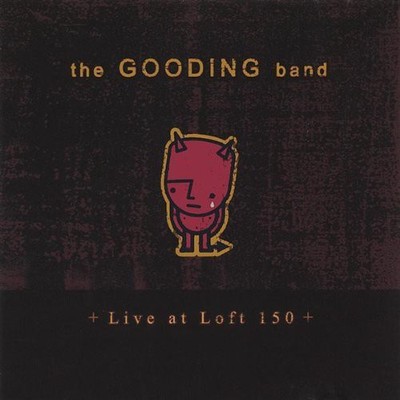 'You can't help but pause to listen as bassist Billy Driver and drummer Jesse Reichenberger lay down built-like-a-medieval castle grooves that Gooding (vocals/guitar) sprinkles magic over, sounding, at times as vibrant (and happily melancholy) as the late Jeff Buckley. Like a letter slipped under the door, (GOODINGBAND) Live at Loft 150 is a joy and suprise.' Jed Beaudoin -- F5 Based in the 'flyover zone' of Wichita, KS., the band Gooding has played more than 300 shows in 60 cities in 2yrs. They are 3 real performers who care about music above all else, and the audience that shares in that music with them. Bombastic drums, deep and fuzzy bass, stark classical and syrupy electric slide-guitar, occasional loops and samples, a completely unique baritone voice, kind hearts, small egos and a gargantuan work ethic separates this band from anything before or after. Not easily filed under 'Pop/Rock', Gooding blurs the lines between alt, pop, blues, and world music. Similar to career artists they adore, Zeppelin, Buckley, Ani, Clapton, U2, Waits, Radiohead- they put no limits on what sounds can be found in a song. They are searching, and being part of this search with them is a rush. A single night might bring elements of 60's rock, Funk, Movie Sndtks, and Latin, but somehow their gorgeously dark notes and melodies never feel out-of-place or forced in any context. On tour constantly, supported by true fans spreading the word across the US, heard on over 500 radio stations, in the Matrix: Revisited and Matrix: Animatrix DVD's,and on MTV's Road Rules and Real World, this band is playing their hearts out, taking no shortcuts, and earning one fan at a time while blazing a repeated path through the states with their devastating live shows. The band's own tour documentary will be available on DVD soon, and a new album is right around the corner......