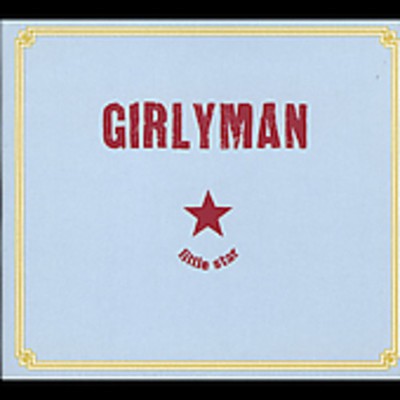 'The biggest flaw of Girlyman's newest CD, 'Little Star,' is that it only has 12 tracks. Just when you really get into the groove of one of the best new folk-rock bands to appear on the scene since Ani DiFranco reinvented the 'one girl, one guitar' routine, it's over. At the end of 'This Is Me,' you're abandoned, left howling for more; naked, crazy, and prepared to hunt down Ty, Nate, and Doris so you can make them sing to you all day long. Then the repeat function on your stereo kicks in, and your inner beast is calmed for another 46.4 minutes.' -Boston Edge Girlyman's second CD, 'Little Star,' is a collection of twelve original songs tied together by themes of love and war. Co-produced by Girlyman (Ty Greenstein, Nate Borofsky, and Doris Muramatsu) and engineer Bob Harris, Little Star also features Julie Wolf of the Ani DiFranco band on accordion and keyboards, and Joe Dye on pedal steel. 'My favorite albums have always been the ones that feel like a journey,' says Ty. 'With 'Little Star' the idea was to end up in a different place than where you began.' The CD begins with the upbeat 'On the Air,' the story of a has-been TV host, and ends with 'This is Me,' which is narrated from the perspective of a war veteran. Throughout, the members of Girlyman switch off songwriting duties and a range of instruments, including the acoustic and baritone guitar, djembe, banjo, and mandolin. 'There's straight-up pop, a slow country dance, a variation on bluegrass that we call 'girlygrass,' something vaguely jazzy, and a couple rockers,' continues Ty. Lyrically, there's both commentary and, as usual, confession.' The three members of Girlyman scheduled the group's first rehearsal for September 11, 2001. Doris Muramatsu and Ty Greenstein, who met in the second grade, had recently abandoned their former project as a modern folk duo; their friend Nate Borofsky had just moved to New York after four solo years on the Boston singer-songwriter circuit. When all three suddenly found themselves living in the same Brooklyn apartment, it seemed only natural to combine their talents into a new group. Obviously, the September 11 rehearsal was quickly forgotten, but the events of that day helped shape the trio's vision: 'It brought us in touch with our own mortality,' says Nate. 'We wanted to do what felt right to us, and to not take ourselves too seriously. We started out by calling ourselves Girlyman.' Maybe it's this mix of sincerity and humor that has audiences nationwide falling for Girlyman, or maybe it's just that their soaring three-part harmonies are unlike anything you've ever heard. Maybe it's their folk-pop-bluegrass sound-something like Nickel Creek meets the B-52's-or the catchy, often haunting melodies. Either way, Girlyman is on a roll. After the group won a 2004 Independent Music Award for their debut CD 'Remember Who I Am,' Amy Ray (one of the contest's judges) signed them to her indie label Daemon Records. When the Indigo Girls invited Girlyman to join them on the road, the band received standing ovations at nearly every show and sold so many CDs that the label had to make an emergency shipment...and when those sold out, another. Since then, the buzz about Girlyman has grown to a low roar. Girlyman has recently performed on internationally syndicated radio shows like Mountain Stage and has received dazzling reviews in dozens of national and regional publications. 'Remember Who I Am' went on to win the 2004 Outmusic Award for Best New Album. And the trio's robust 2004 festival season included appearances at the Winnipeg Folk Festival, the Philadelphia Folk Festival, the Boston Folk Festival, and the Falcon Ridge Folk Festival, where Girlyman was voted 'Most Wanted to Return.' 'The word about Girlyman is spreading like wildfire,' says Amy Ray, 'and the kicker is that they've just begun.'

Here's what you say about
Girlyman - Little Star.