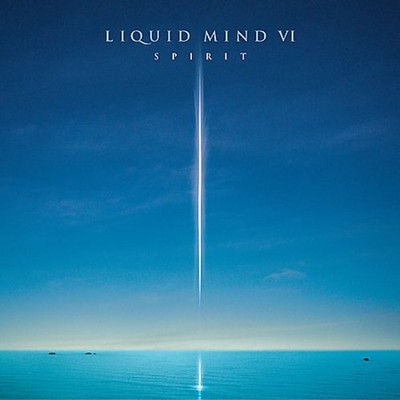 Liquid Mind VI: Spirit, the sixth in Liquid Mind's soothing series of relaxation music albums, invites you to a place of deep inner calm. Like the five previous best-selling albums, Liquid Mind VI: Spirit is serene and lush, floating listeners along in a tranquil healing stream of sound. In a tradition that is uniquely Liquid Mind, this music is very personal, a sometimes transforming aural experience. This music is a quiet sanctuary in a busy world. Says composer Chuck Wild of Liquid Mind: 'I am a shameless advocate of life in the slow lane. I write these compositions to help balance the hurry in my life. I love quiet time... listening to Liquid Mind is my sanctuary.' A native of Kansas City, Missouri, Wild trained for many years in classical piano, while singing in à cappella groups and high school and college concert choirs. He studied music history and sang with the University of Kansas Choir while earning a Bachelor of Science in Business Administration. Moving to Los Angeles in 1979, Wild became keyboardist of Capitol Records group Missing Persons and for the next four years recorded and toured internationally with the band. In 1985, Chuck began songwriting and composing, having now written over 150 songs and compositions, more than 75 of which have been recorded on albums and for use in television and film. While a staff songwriter at Lorimar Telepictures, Chuck and Michael Hoenig co-composed music for the Emmy-winning ABC series Max Headroom. In 1992, Wild co-scored the Oscar winning documentary, The Panama Deception. Chuck has also lent his songwriting, programming and studio talents to the albums of several world class artists. Speaking about his motivation for composing the Liquid Mind albums, Wild says 'For many years, I worked eighteen hours a day, seven days a week. Your body and mind will always exact a toll for such abuse. I started composing slow music to help me find peace and quiet, to get back in touch with the fact that I am responsible for the pace of my own life, and to rediscover the sense of spirit and serenity I had as a child.' Glen Wexler, renowned photographer and illustrator, photographed the cover for Liquid Mind VI: Spirit at Patrick's Point, California. Chuck relates the meaning of this cover: 'During a challenging period in my life in 1989, I was advised by a counselor to compose music reflecting how I wanted to feel. Because I felt too anxious at that time to write peaceful music, I traveled to Laguna Beach, California, spending many days there at oceanside, to allow myself to be calmed by the sound and presence of the ocean. After a period of this 'ocean therapy', I was able to relax enough to compose slow music. Glen's cover image is a tribute to the ocean that was instrumental in the inception of the Liquid Mind album series.' Wild concludes, 'I have sought to design the Liquid Mind music to be as constant and supporting as the ocean is to me.'