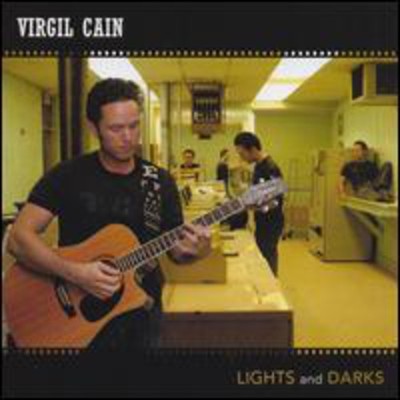 Bio- A life-long passion for music has culminated into a tightly woven, professionally produced show by VIRGIL CAIN. A multi-talented musician, Virgil has drawn on over a decade of recording sessions and live performances to meticulously build a multi-layered show that appeals to most any audience. It all started at the age of 5 with violin lessons in kindergarten. Age 13 came around and he discovered the electric guitar. Listening to guitarists such as Eddie Van Halen, Eric Johnson, Jimmy Page, Virgil found his way to playing guitar in original/cover bands in the 90's. He began playing piano and keyboard parts on recorded songs too. After one of the bands 'disbanded', Virgil played piano and acoustic guitar in local coffeehouses, singing stripped down versions of originals and original renditions of many songs. The solo show developed with influences from Billy Joel/Elton John/Coldplay on piano to Paul Simon/Dave Matthews/John Mayer on guitar. With a passion for evolving a show, he discovered new technologies. Digital looping and sequencing created a full band sound from one musician. Songs would be built up live with guitars, keyboards and electric violin parts built on top of each other. It's this 'one man band' aspect of his performance that fascinates audiences whenever he plays and accounts for a good portion of what makes his show worth seeing. His stage presence, showmanship, appearance, and an easy ability to connect with an audience makes up another portion. But, it's Virgil's talent as a musician, above all else, that garners the respect & admiration of an audience and rounds out the full package. This show also allows him to focus solely on music to make a living. 'Lights and Darks' ©2005 is the first original CD released by Virgil Cain. All instruments (acoustic/electric guitars, keyboards, violins, drums, bass, and many organic effects) and vocals were performed by him in the studio. Creative freedom may have gone overboard with gurgling and whistling solos on the CD, however, profound feelings of passion and inspiration fill out the entire album with stories/songs written from many human emotions. Virgil has received excellent initial reviews...... Clever Lyrics, heartfelt storytelling, and arrangements that will get stuck in your brain - it's enough to give you hope that pop music can have a future that won't be homogenized, focus grouped and American Idolized. ---- The Binghamton Press & Sun-Bulletin I really can't say enough good things about this song. The details are obviously well-thought out, yet come across as very off-the-cuff. It takes quite a lot of talent to to accomplish that feat! If I could give you more than five stars, I would.... Excellent work! ----- Garageband.com This CD Rocks! ---Virgil Cain .........and is presently touring upstate NY to Maryland....and branching out to Massachusetts and Virginia in the near future.

Here's what you say about
Virgil Cain - Lights & Darks.