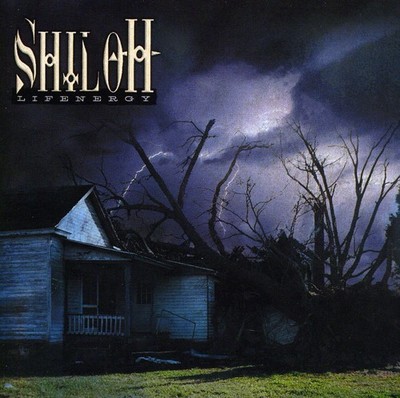 Shiloh is Rock N Roll that'll Shock Your Soul. Dynamic songs set ablaze with fiery leads and heartfelt lyrics with a powerful rhythmic core. Inspired by bands like Guns N Roses, Opeth and Misfits, Shiloh relentlessly tours and is determined to leave an enduring impression on the face of rocknroll. In 2006 Shiloh performed 127 shows, sold over 500 copies of 'Lifenergy' their self-released debut album, and made countless fans and friends across the US and abroad via band profiles on sites like myspace and battleofthebands.com In 2007 Shiloh released it's first video for the song 'Ketamina' which steadily climbed the rock charts at MusicNation.com for 6 weeks in the preliminary competition round. Plans for even more regional, national, and international touring are being planned and completed. Shiloh has also working on new material for the Children of the Interstate album and documentary are currently being worked out. Updates to come... Shiloh continues to seek management, legal, and booking assistance. For all inquiries regarding booking Shiloh or licensing the music of Shiloh please contact the band via email to booking[AT]lifenergymusic[dot]com or by phone 919-247-2644 SHILOH is an unsigned, full-time touring band from Wilson and Rocky Mount, North Carolina. The band consists of Troy Richardson, Anthony Jones, Zach Daniel, and Jeff Badalucco. SHILOH has been steadily developing a style all their own since 2003 by mixing elements of rock, punk, metal, reggae, and experimental styles into cohesive songs that draw the listener in only to be blown away by the musicianship involved in each and every one of their songs. In 2007, SHILOH began a second US tour from Sunday January 14th through Sunday March 11th. This tour takes the band across the southern half of the country in continuous support of Lifenergy. Plans to make SHILOH an internationally traveling band are in the works for late summer '07 as well. A new EP is being co-produced with Broken Wings Productions and is scheduled to be released with the forth-coming documentary on the band 'Children of the Interstate' The summer of 2006 saw SHILOH emerge with a self-released, debut full-length album entitled Lifenergy. With the release of the album, SHILOH has toured nearly non-stop across the eastern third of the US to promote the album and their music. Along the way the band has picked up sponsorships from Sam Ash Music Megastore, Knucklehead Strings, Rockstar Energy Drink, and ERS Studios, where the album was recorded and mixed. SHILOH is also covered by ASCAP under both publisher and song writer arrangements. To contact SHILOH by phone for booking and other inquires call: 919-247-2644.

Here's what you say about
Shiloh - Lifenergy.