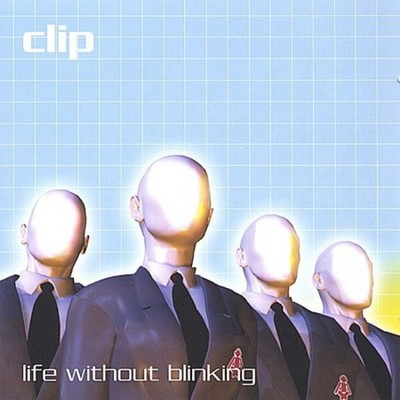 Clip is a rock group based in Chicago. The band creates their sound with walloping female vocals that tease and taunt, guitar that hooks you in and swallows you up, bass that crosses over to the dirty side of us all and drums that rock steady and hard. The group's debut album, Life Without Blinking, was released in December of 2001. Their second disc, Amplified, was released in early 2004. 'They're obviously talented musicians, and Campbell has an alluring voice.' - Dan Kerning, Metromix Clip has been featured on Chicago radio stations like Q101, 94.7 The Zone, and WPNA's 'Hostage Radio' program. Clip has also received nation-wide radio exposure through heavy rotation on XM Radio's Unsigned Channel. During the summer of 2002, Clip had the privilege to play at MOBfest, the yearly industry event in Chicago that showcases local and regional talent to A&R and management from all over the United States. Also that summer, Clip nabbed a slot on the Q101 stage of Chicago's Sam Adam's Summerfest with the likes of Phantom Planet, Ben Kweller and Abandoned Pools. Based in Chicago, Clip was formed in 1998 by vocalist Keri Campbell and bassist Eric Hoglund. Since then, the group has seen the addition of guitarist Andrew Foust and drummer Andrew Ortolano. Clip has been energizing audiences and expanding their fan base throughout the Chicago area in spots like the Park West, Double Door, and the Hard Rock Café. Clip continues to play in Chicago and throughout the Midwest, gaining the allegiance of new fans in each new city. To learn more about the band, be sure to check out the rest of our website.

Here's what you say about
Clip - Life Without Blinking.