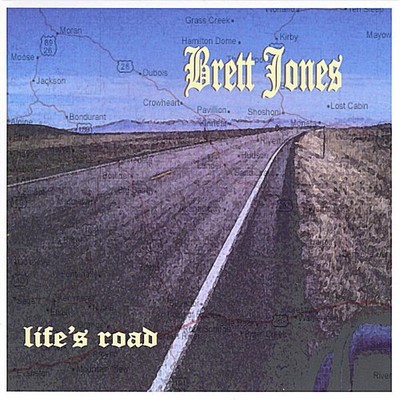 Originally from outside of Macon, Georgia, Brett first started writing songs at age 16. His first major cut was "God Made Woman," on Tracy Lawrence's I See It Now album, which went multi-platinum. Brett has had 12 top ten country records in the past ten years including four #1 hits, "You Gotta Love That," by Neal McCoy, "A Little Past Little Rock," by Lee Ann Womack, "Better Man Better Off," by Tracy Lawrence and "You Won't Ever Be Lonely," by Andy Griggs. He had several recent top 10\'s such as "Good Little Girls," by Blue County, \'Don't Ask Me How I Know,\' by Bobby Pinson and most recently topped the charts at #3 with the Montgomery Gentry Single "What Do YA Think About That." Brett is currently focusing his efforts on his new publishing company. He started Big Borassa in 2005, signing his first songwriter, Dallas Davidson, who penned the Trace Adkins hit \'Honky Tonk Badonkadonk\' within a year of signing. Brett is continuing to expand Big Borassa, after signing his second artist/songwriter, Joanna Smith, in January 2006, she is currently in negotiations for a record deal.

Here's what you say about
Brett Jones - Life's Road.