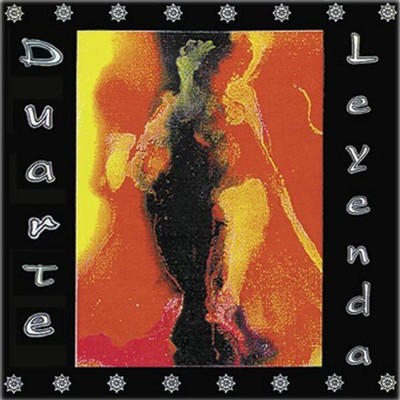 Duarte's musical style is firmly based in traditional Latin music, while referencing elements of funk and jazz fusion. His playing remains beautiful and communicative throughout, reflecting a true sense of the gypsy spirit. In his solo acoustic playing, as well as in his searing electric solos, he plays with a passion that equally captivates the listener. The youngest of seven children, Duarte was exposed to a broad range of musical styles, including rock, folk, and big band jazz. In grade school, his Spanish teacher would often stay after class, playing and singing Flamenco music, and accompanying herself on the guitar. This was a major influence in his development. Duarte began playing guitar at age 12, becoming lead guitarist in a rock band within four months. His innovation and curiosity led him to classical music and jazz during high school, and he continued playing acoustic styles as therapy from the rock bands. After leaving school, Duarte began to work professionally, playing R&B, funk, and other styles, touring and playing session dates. As he gravitated towards Latin music in the '80s, it soon became his main focus. He lived in England for a while, gigging there and throughout Europe. He toured with ex-Jerry Garcia keyboardist Merl Saunders, and played on recordings with ex-Santana/Journey keyboardist/vocalist Gregg Rolie. Duarte's first Latin CD, Leyenda, was a mixture of classical, Spanish and Brazilian-contemporary music. His new release, Diamante, is a Latin-centric outing that focuses on danceable Brazilian grooves and fiery solo Flamenco pieces. Duarte is currently working on music for his forthcoming CD which will be comprised of mostly original compositions. Plans are to return to Brazil during 2006 to play, record and teach.

Here's what you say about
Duarte - Leyenda.