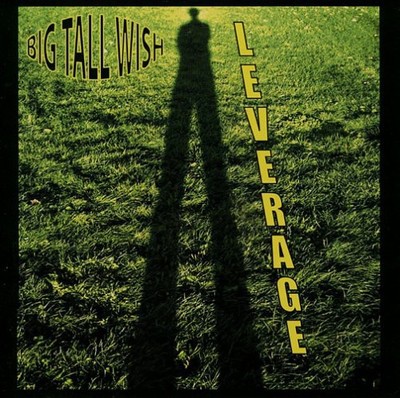 Big Tall Wish was born in New Orleans, LA in January of 2004 when Mike Barile (guitar) and Steve Armstrong (bass) bought some synth-software and decided that they didn't want to play "How High The Moon' anymore. Having moved to New Orleans in search of more playing opportunities and experiences in the jazz idiom, they eventually realized that only elderly people and tourists came to jazz shows and they wanted to play music that would attract the Bourbon Street crowd of screaming, drunken topless girls to their gigs. A choice had to be made. Spend the rest of their lives playing jazz music for thankless audiences... or adopt hip-hop lingo, revamp their wardrobes, make beats and shamelessly describe their music as 'hot,' 'sexy' and 'bananas,' all the while gesturing with their hands in a manner betraying their burning desire to be young and relevant. Of course, such attempts at hipness are unconvincing when performed by twoguys with receding hairlines pushing 30. And so, Steve and Mike settled on a little bit of both worlds, some jazz, some electronic, improv, sequencing, sampling, etc. Their goals were pretty vague at first... an EP, an album, a working band? The scope of the project grew with time. As they progressed and the music evolved, various friends were added to the mix, most notably the someday-to-be-famous Texan sax player Rex Gregory (Jill Scott). Tenor saxophonist Ed Petersen (Kurt Elling, Fareed Haque) also lent his amazing talents to a couple of tracks, as did two young vibraphone players, James Westfall (The Thelonious Monk Institute, Terri Lyne Carrington) and Matt McClimon (QMR, Red Shift). Although the project began using all electronic drums, it became apparent thatreal drums were needed for the project to really come alive. For this task, Mike (who moved from New Orleans back to his hometown of Boston in August of 2004) recruited Evan Howard, a drummer and "fellow one-time New Orleanian" now living in Brooklyn, NY. So began the rather absurd process of recording all the drum tracks in the basement of the Greenwood Baptist Church in Brooklyn (where Evan was fortunate enough to have a practice space). Evan eats pork more than anyone Mike has ever met. While Evan and Mike recorded the drums, Steve was fleeing from New Orleansin the wake of Hurricane Katrina. He arrived in his hometown of Kansas City with nothing but the clothes on his back which were quickly stolen from him when he was carjacked in an Appleby's parking lot. Fortunately, Steve is skilled in the art of break-fu (a combination of kung-fu and break dancing) and was able to apprehend his attackers after regaining his bearings. In a moment of fearless heroism, Steve fused elements of his break-fu style with vicious battle-rapping techniques inspired by the movie 8 Mile. Once all the music was recorded, Mike and Steve and Evan realized that theyhad a 10-song LP on their hands and that they were in different parts of the country with no realistic plan of ever putting a band together. Thus, the plan was made for everyone to relocate to New York and the band was dubbed "Big Tall Wish." Although the music is entirely instrumental, BTW clings to the ridiculous belief that they are destined to become rock stars. They have intentionally cultivated and developed a messiah complex and think that their music is going to change the way people view life. If this doesn't happen, they plan to further extend the concept of break-fu and battle rapping to include "You Got Served"-style choreographed group dancing and jinjitsuing. Get their debut CD "Leverage" at CD-babyNow!!!!

Here's what you say about
Big Tall Wish - Leverage.