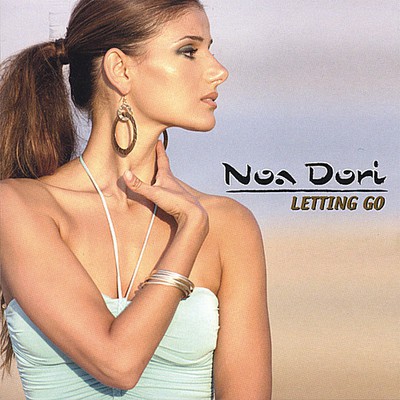 Noa Dori is an acclaimed classical singer, songwriter and actress bringing a unique blend of her Middle Eastern roots with today's hottest R&B and Pop sound. Her angelic international voice, singing in 8 different languages, with a range of 5 octaves, has always allowed her to easily shift from style to style whether it be opera, pop, R&B or a superior blended mix. After the huge success of her international album "Café de l'art" and her recent successful European tour that followed, Noa moved to Los Angeles where she has just completed recording her debut US album "LETTING GO" with such producers as Ron Harris (Christina Aguilera), Craig Snider (Kelly Clarkson, Madonna, Janet Jackson, Mary J. Blige), Iki Levy (Paula Abdul, Ofra Haza) and Amir Efrat (Ashtar). She recently had a sold out show at the 'Kodak' theater, was awarded outstanding performer and international singer by the mayor of Beverly Hills, and was invited to sing the National Anthem at a recent White Sox game. Noa came to prominence when she was only 14, playing different leading roles with the Israeli Opera House in Israel and Germany. She sang with the Israeli Philharmonic Orchestra and performed to critical acclaim in Italy, Prague, Toronto, Los Angeles, Germany, Israel, New York, and Greece. She was given the privilege to sing the leading role of 'The Queen of The Night' in Mozart's THE MAGIC FLUTE in Prague, following with other leading roles in Europe and Israel in such musicals as ALADDIN, THE PHANTOM OF THE OPERA, SWEENY TODD and WEST SIDE STORY. Noa went on to be the soloist of the Russian Symphony and the Red Army Orchestra at the Bolshoi Theater in Moscow and a few years later represented the U.S in the annual Bolshoi Song & Dance Festival where she was able to show off both her angelic voice and her rich background in dance. Noa was chosen as one of five most influential singers in Greece to sing at the prestigious Athens Festival and gave an unforgettable performance in front of 50,000 people. As a classical singer, Noa has been studying with acclaimed teachers from the opera world such as Maestra Enza Ferrari in Italy (Maria Callas' coach) and Joan Dornemann (The Metropolitan Opera House, NY), where she was taught not to spread herself thin and let her soul shine through and so she has.

Here's what you say about
Noa Dori - Letting Go.