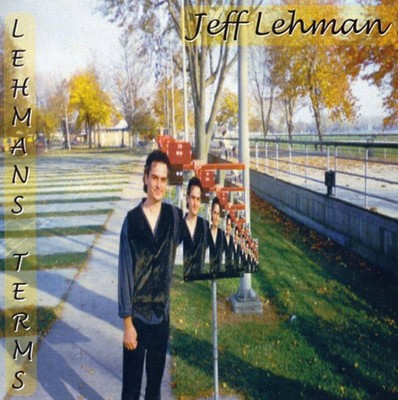 JEFF LEHMAN Biography Jeff Lehman has been a musical fixture on the Detroit music scene for quite some time. His musical journey began in Sterling Hts. Michigan. It was there that Jeff began musical schooling at age 9 learning piano, voice and theory. The benefits of this training would be reaped in later years when Jeff began recording, writing, producing and performing live. Throughout his illustrious career Jeff has worn many musical hats: singer, keyboard player, producer, writer, adjudicator and teacher. In 1985 he taught piano at The Music Castle in Royal Oak Michigan. A then unknown drummer named Chad Smith, taught drums in the next room. It is these many hats that have rounded out Jeff\'s musical experience and have made him a rare gem in a very competitive industry. Jeff has performed live and in the studio with a variety of local and national luminaries. He has performed as a young 2nd generation member of Jim Gold & Gallery, known for the hits, \'Nice to be With You\', #5, 1972, "I Believe in Music\', #10, 1972 and \'Big City Miss Ruth Ann\', #30, 1973. He has also performed with the late Cub Koda\'s 1992 version of Brownsville Station, \'Smokin\' In the Boys Room\', #1 1974, as well as prominent regional acts, \'Art-of-Fact\', \'The Dream\' and the late Elvis Shelton. In 1993 Jeff opened his first record company/publishing firm LFM Records. This label was responsible for success for both Jeff and other artists. In 1994 a demo Jeff had recorded and co-produced for Jim Gold had resulted in a studio/publishing deal for Jim with former Motown Chairman Clarence Avant, who coincidentally also owned Sussex Records, Jim Gold and Gallery\'s former record label. Since 1997 Jeff has gained air play in Canada, United States and Switzerland for his songs "Don't Look Back" and "Everything Must Change"; which gained much air play in late 2003. The songs gained recognition without the help of national label support. During that same time period Jeff earned a Masters Degree in Business and became Microsoft Certified in Word, two things that he admits help him with regards to doing business in the field of Music. Currently Jeff writes, produces and performs live and in the studio. He also still judges international piano and vocal competitions for the AGM (American Guild of Music); a position he has kept since 1992. Besides singing and keyboards, he also plays harmonica and some guitar. Jeff is a member of Sony Music Recording Artists \'Looking Glass featruing Elliot Lurie\', the group that brought the world the #1 hit, \'Brandy (You\'re a Fine Girl)\' as well as \'Jimmy Loves Maryanne\', #28, 1973 and \'The Lizzie McGuire Theme\' from the hit TV series in 2003, for which Jeff sings the lead vocal on live. Catching Jeff live is a special treat. Jeff is known for his soulful singing and fluid keyboard dexterity. He performs live with groups and as a dueling piano player, often spicing up the night with \'Vegas\' style comedy routines and impersonations of Michael McDonald, Bob Dylan, Barry Gibb and Joe Cocker with remarkable accuracy. During piano performances Jeff plays songs from the 1930s to current day; all with his unique style imprinted on them making them his own. These are only some of the incredible in-roads made by Jeff Lehman. Given his ambition and talent, there are bound to be more to come.

Here's what you say about
Jeff Lehman - Lehman's Terms.