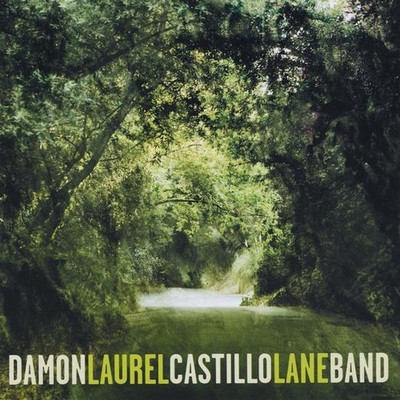 To the Damon Castillo Band, Laurel Lane is more than a studio on a street near some old train tracks in the hills of San Luis Obispo, California. It is home. Strewn with vintage amps, tattered couches, and recording equipment bought piece-meal over the last five years, it is the hearth that has beckoned, soothed, and housed the band through life's many ups and downs. Like the place that has been described as everything from a boxing ring, to a church, to a hideout, the highly anticipated new album, Laurel Lane, is an emotional autobiography that contains a band's long history within it's walls. It was clear from the beginning that their path is not an ordinary one. Combining the talent of Kristian Ducharme (keys), Jennings Jacobsen (drums), and Larry Kim (saxophone) with Damon's prolific songwriting, vocals, and guitar chops, the band creates a sound that is a statement among this day of manufactured music. Each member is a master-musician with a diverse past playing jazz, funk, rock, and soul. Their prowess comes through on every note, dynamically punctuating Damon's soulful lyrics, at times mournful, and often larger than life. Damon describes the process of taking their unique sound and "distilling" it down, "Duke Ellington had it right when he said, 'If it sounds good, it IS good.' The guys and I don't care about genres or style lines...It's nothing that I consciously maneuver; I just try to make it feel right." More than anything, the record is a throw-back to the old days, when artists played their own music in a studio and created songs that were enjoyable not only for their passion, but also for their honesty. "It's not the homogenized production where you can't hear the music. You will hear real musicians playing real tunes," says Damon. Yet if the talent is the body of the work, it is the story of the band and the narrative of the songs that are the soul. Rife with strife, but unapologetically optimistic, the 13 tracks are a narrative of the crises and climaxes of life with all the grey areas of love and emotion in between. I Know You Know is a dialogue with the band's friend and founding bassist, Matt Taylor, who passed away to cancer in 2002. Close Call describes another brush with death when their tour van flipped five times on the freeway en route to a gig. Damon retells the event and how such instances carve their way into his art: 'The scene was littered with glass and band equipment, so we went to work salvaging our gear as the paramedics arrived. That's when I had one of those life-defining moments. I found my vocal microphone out in the middle of the freeway, and I knew right then that music was what I was supposed to be doing. The mic still works; I sing on it every show.'.. Claim to Fame perhaps best illustrates the present - the difficulties of producing a great record diffused by the reality of success already obtained simply by being true to themselves, their music, and sharing it with their loved ones. This includes the opportunity to forge new relationships with some amazing musicians who have special appearances on the record, such as Sheila E., Rami Jaffe (Wallflowers, Foo Fighters), Lee Thornburg (Tower of Power, Supertramp), Lon Price (Elvis Presley, Alan Toussaint, Ziggy Marley) and Sean Hurley (Alicia Keys, John Mayer). In addition, working with Grammy Award-winning producer Ross Hogarth proved that despite all of the creative forks in the road, their chosen path did indeed lead to an extraordinary place. After more than a year in the making, Laurel Lane is ready to welcome the world. Characteristically, Damon looks to the future: 'I love all aspects of being a musician, but I feel best when I am performing. A great performance is a special connection between an artist, their art, and the audience; there is nothing like it. I know music changes lives. It changed mine. With our album's release, we will play shows from Laurel Lane to New York and back again. At every show, the Damon Castillo Band will play for music, for each other, for Matt, and we will never stop.'

Here's what you say about
Damon Castillo - Laurel Lane.