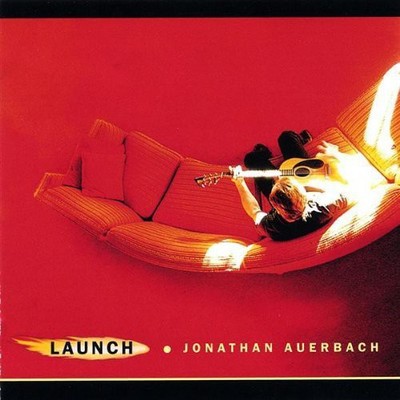 The buzz on New England-based guitarist and singer songwriter Jonathan Auerbach and his spirited original classic rock on his compelling 11-track debut CD titled, LAUNCH: 'An auteur, a true American iconoclast, Jonathan evokes the sound of a wandering troubadour. Check 'Trance Rhythm' and 'Lily of the Valium' for a taste' -- Oedipus, Program Director, WBCN, Boston. 'Nothing short of entrancing. One can't help but lose themselves in his prolific world. Listen to the track 'Distant Drumming' to see what 'all the buzz' on Jonathan is about' -- Rick Morrison, VP of Promotion V2 Records. On LAUNCH, Jonathan reels off powerhouse guitar riffs, forceful vocals and uncommon lyrics - and fronts a Band of top Nashville and Los Angeles musicians, who have recorded and performed with notable artists as diverse as William Topley; Willie Nelson; Bonnie Raitt; Emmylou Harris and Larry Coryell; late greats Gram Parsons and Waylon Jennings. Jonathan's music has grit and grace - a fresh signature sound that fuses Polish and superb production with a live earthy vibe. The songs render vivid and eloquent snapshots of real life - and have aired on FM radio nationwide. As both seasoned performer and award-winning travel writer, Jonathan has honed the art of melding music and story. Says Jonathan, 'Wanderlust, passion, mystery -- these elements infuse my music. I'm a conspirator. I write songs to shake me from the doldrums and also to grab the listener for the ride.' A dynamic soloist on stage in clubs worldwide, Jonathan beguiles audiences -- and the buzz builds. JAM Magazine, October 2004 'Jonathan Auerbach's new album, LAUNCH, Meets All Roots Rock Criteria...  Strong rock rhythms presented in their raw state.  Musical and vocal hooks that catch the ear and the mind.   'Distant Drumming'  has got all the pieces here -- strong beat that makes me tap my feet, the repeated musical and vocal hook line is very catchy.  Best is that the lyrics are just a bit mysterious and interesting.  I'm also partial to 'The Heart is Long,'  one of several songs that Auerbach uses to examine the ups and downs of relationships, along with 'Lucky Stars' and 'The Circle.' One of those albums that grows on you little by little. Well worth checking out.'

Here's what you say about
Jonathan Auerbach - Launch.