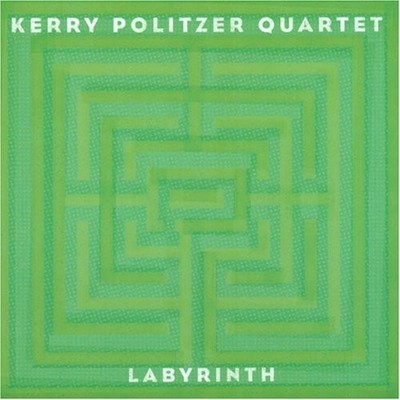 Kerry Politzer started picking out melodies on a toy piano at the age of three. The following year, she started playing the real thing. She studied classical piano for fourteen years, attending the North Carolina School of the Arts and summer programs at Tanglewood and Interlochen. She entered the New England Conservatory of Music with the intention of continuing her classical studies, but fell in love with jazz after attending a concert in Keller Hall. She studied with jazz guru Charlie Banacos, who inspired her to begin composing, and graduated with a Bachelor of Music in Jazz Piano Performance. In 1996, Kerry was one of six finalists in the American Pianists Association's 3rd Biennial Jazz Piano Competition. Half of the contestants were from New York City, so she decided to try her luck there. She soon discovered a brand-new love, Brazilian music, which began to inform her jazz compositions. Her composition Rhodes Rage won Third Prize, Jazz Category in the 2005 International Songwriting Competition. Her composition 'Begin The Baiao' won Third Prize, Jazz Category in the 2000 Mid-Atlantic Song Competition and an Honorable Mention in the 2000 John Lennon Songwriting Competition. In 2003 and 2005, Kerry attended the Banff Jazz Workshop, performing original music in master classes, shows and concerts. Kerry's debut CD, Yearning, which received four stars from All Music Guide, was released by CAP Records in 2001. The title track, 'Yearning,' is also featured on Sax And The City: Musical Contributions From New York's Best Women Jazz Instrumentalists (Apria Records, 2004). Kerry released two more CDs, Watercolor (2002), and Labyrinth (2005), on her own Polisonic label. Labyrinth was a finalist for Best Jazz Album in the 2007 Independent Music Awards. Recently, Kerry has taken a musical detour from her instrumental jazz roots. After participating in workshops held by the Songwriters Hall of Fame, she has been inspired to write songs with lyrics. Her fourth album, You Took Me In (2007), features these new songs with a full band including Lonnie Plaxico (Cassandra Wilson, Nellie McKay) and George Colligan, better known as a pianist, on trumpet, drums and synthesizer. Kerry performed some of this new material at the Songwriters Hall of Fame's 62nd New Writers Showcase. A track on You Took Me In, 'Love Is In The Atmosphere,' won 1st Prize, Jazz in the August 2008 Ourstage competition. Kerry also appears on three tracks of George Colligan's album Runaway (Sunnyside, 2008). Some venues where Kerry has played include Wave Hill, The Blue Note, Birdland, The Cutting Room, the Queen Elizabeth 2, the Columbus Jazz & Ribs Festival, Jazz Improv Live, Rockwood Music Hall, and the Kitano. Kerry is a member of SESAC.

Here's what you say about
Kerry Politzer - Labyrinth.