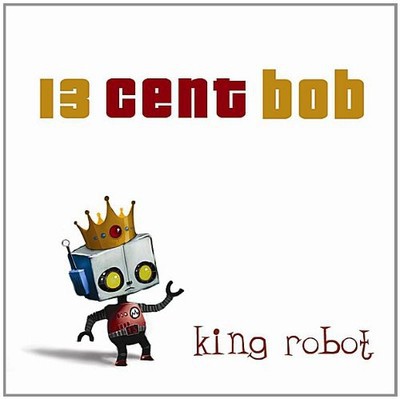 13 Cent Bob is an American rock group that formed in 1996 in Seattle, Washington. Vocalist Andrew "Onedee" Wunderlich, originally from New York, founded the group while attending The Art Institute of Seattle where he met chief songwriter and guitarist Scott Craig. Soon after, the pair joined forces with bassist Andrew Stratton, AKA " Tha Dogg", Brent Barnett (drums), and Casey "SpaceCase" Nefcy (DJ) who completed the original lineup. Citing influences such as Run DMC, The Beastie Boys, Red Hot Chili Peppers, 311, Jamiroquai, and late 70's funk acts such as Parliament Funkadelic, 13 Cent Bob's sound embodied a unique blend of funky rhythms, hip hop beats and riff-rock guitars. Their name, 13 Cent Bob, was prompted by several encounters with a local legendary Seattle homeless man named Bob, who would notoriously ask people for 13 cents. If given more or less than exactly 13 cents, the drifter would refuse the offering of generosity. After a year of playing gigs at local Seattle spots such as The Crocodile Café, 13 Cent Bob accumulated quite the following on the west coast, and recorded their debut album, "The Sweet Life" in 1997. The band parted ways in 1999, when lead singer Onedee decided to move back to the east coast to pursue a job offer he received at MTV Networks in New York City. The rest of the band moved to Portland, Oregon. After a short stint at MTV, Onedee moved out to Portland and the original lineup of 13 Cent Bob reformed as Juice in 2000 (except for Casey Nefcy who went on to become a prominent San Francisco area DJ). Soon after, they released a 3-song EP which showcased their funky experimental side. However, one year later, Onedee moved back east yet again, and the band went on hiatus. But the dream never died, and the band resurfaced during the summer of 2009, going back to their original roots and name, 13 Cent Bob. Today, three of the core members, Onedee (vocalist), Scott Craig (guitarist), and Andrew Stratton (bassist) reside in Portland, Oregon, along with Nick Vigo (drums) and Jeremy Knuth (keyboards). Back together and sounding better then ever, this talented five-piece is planning a spring/summer tour for 2011.

Here's what you say about
13 Cent Bob - King Robot.