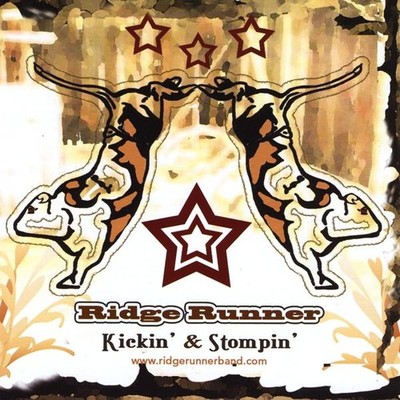 "Rocking, up-tempo, country music... A fun album as a whole that incorporates a little bit of everything and rolls it into one... Songs that would get a crowd moving on any given night"... - Today's Country Magazine Formed in 2002, Ridge Runner has been touring regionally, writing songs, and recording CD's while building a legion of loyal fans across the midwest. The bands' live show is where it's at for Ridge Runner fans. Their high energy stage performance keeps the crowds coming back for more. Members of the band have performed with: Tim McGraw, Andy Griggs, Blue County, Jason Aldean, Black Hawk, Lonestar, Alan Jackson, and more. In 2008, Ridge Runner partnered with HMG (Nashville) and released their first single, "Danced A Dream", to country radio. The track made it's way into the charts and has paved the road for the bands release "Kickin' and Stompin'" on SOL Records. The CD released March 3rd 2009 and debuted the same week at the Country Radio Seminar in Nashville. Ridge Runner is Jeff Workman - lead vocals, acoustic guitar,6 string ganjo and mandolin; Troy Brown - bass and vocals; Joe Zoller - drums; Tony Brown - keyboard and vocals; "Razzle" Brown - lead guitar; Ron Ball - fiddle, mandolin and vocals. Ridge Runner weaves a tantalizing web of mainstream country, mixed with a nice dose of progressive rock, a pinch of bluegrass, and a dash of funk, into a unique sound they affectionately refer to as "Funktry".

Here's what you say about
Ridge Runner - Kickin & Stompin.