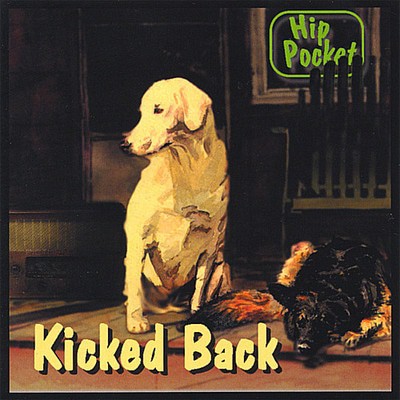 Hip Pocket has been entertaining Central Illinois audiences for over 20 years. This Bloomington/ Normal based rhythm & blues band emerged on the scene in 1986 and has since then earned a faithful following. Hip Pocket's music is reminiscent of the great blues bands of the late 60's and early 70's. With their fourth album, 'Kicked Back,' released in 2005, Hip Pocket's sound continues to evolve. Their musical versatility is showcased in their latest work, Hip Pocket covers tunes from Joe Walsh, Steely Dan, Bruce Hornsby, and the Sub Dudes, plus more. Loyal fans would agree that Hip Pocket is definitely a must see! "The live shows are still what they have always been...putting the beat in your feet and getting you on the dance floor." The past twenty one years brought many changes to this Central Illinois band that started out as a blues rock/rhythm and blues band in 1986 and evolving into a blues based classic rock band. With all the boys being children of the 60's and 70's they felt the need to connect with the rest of the wild children and play tunes that they would remember partying to, plus the tunes that have been HP's staple for so many years. It's as simple as any other business in that you have you keep an eye on the trends that the local scene goes thru and you have to evolve every now and then or you just fade into the background. With their newest release "Kicked Back" you can hear the different approach they took to recording; something that still captured the essence of the band yet showed that they have evolved somewhat in their musical direction. "It's not to say that we are going away from the "sound" that we worked so hard to create and maintain nearly 20 years ago it's just that we felt it was time to grow and stretch out a bit", says Marc Boon the founding member, guitarist, and lead vocalist of Hip Pocket. Their other releases are 1995's "This Ain't Normal"; 1997's "Twice in a Blue Moon", and 2001's "Gotcha Covered", and the compilation album 'This Ain't Normal II' from 2006. Hip Pocket has been entertaining audiences of all sorts with their horn driven mix of blues, classic rock tunes from the 60's - 80's and the occasional swing tune and show no signs of letting up. 5 CD's; three invitations to play at our Nations Capitol for the Illinois State Society's Illinois Inaugural Ball; a DVD of the history of the band including a performance that marked their 16th anniversary recorded back in February 2002 and a host of guest artist opportunities. The list of the musicians they have shared the stage with reads like a "Whose who" of blues; Etta James, Marcia Ball, Lonnie Brooks, Roy Rogers, Keb Mo, Delbert Mc Clinton, Gatemouth Brown, Buddy Guy, Honeyboy Edwards, Lil' Charlie and the Nightcats, The Chicago Rhythm and Blues Kings, James Cotton, Greg Piccolo, Duke Robillard, Deanna Boggart, Freddie Cole, The Kinsey Report, and the "best time we've ever had", says Boon, "opening for BB King." They've shared the stage with some classic rockers too; Grand Funk Railroad, Marshall Tucker, and Blood Sweat and Tears with David Clayton Thomas. On several occasions they've had the chance jam with the likes of jazz guitarist Stanley Jordon, sax man Greg Piccolo, jazz pianist and Boon's high school buddy John Campbell, and blues-rock guitarist Jeff Healy. HP plays through out the Heartland and every summer to hit the Festival trail, including gigs at the Peoria Jazz and Heritage Festival, First Night Celebrations in Normal and Decatur, Decatur Celebration, The Peoria Riverfront Blues Festival, Springfield Summer Fest, Sugar Creek Arts Fest in Normal, Corn and Fall Festivals in Leroy, Normal, Heyworth, Pekin, East Peoria, Stanford, Danvers, WGLT's brew fest, Mackinaw Valley Vineyard; fundraisers for the Illinois Symphony Orchestra, OSF Medical Groups, Radio Bloomington, AAA Radio group, and others. Though the club scene has diminished somewhat over the years it has more to do with "clubs being open to pay us what we are worth rather than us not playing the club scene". You can still catch them from time to time around the clubs of Bloomington/Normal, just keep an eye on your local paper and an ear on local radio. The band plays several weddings and private parties each year and continues to search out new venues. Clear off the dance floor, call the neighbors, wake the kids, and get ready to let it roll with Hip Pocket.

Here's what you say about
Hip Pocket - Kicked Back.