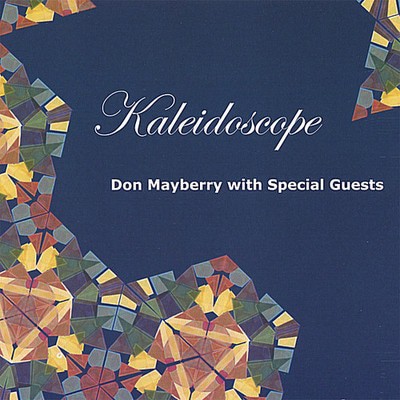 Don Mayberry is truly a "Musician's musician". Highly skilled in all of the performance skills requiring a double bass, he is the "first-call" for many events in the Detroit area as well as the national scene. At home equally in a dance recital, symphony or chambers setting, Broadway show, his best love is jazz. Don's first professional job at age 13 was performing with the Dorothy Ashby trio. After graduation from high school he toured with the David Bowie band. While pursuing his musical education he was a member of the Tommy Saunder traditional band as well as touring with renown drummer J. C. Heard's big band and bebop artists such as Clark Terry.. A great favorite of vocalists, he has toured nationally with Lena Horne, Joe Williams, Diane Schuur, Mel Torme, Rosemary Clooney and most recently with Johnny Mathis, and Michael Feinstein. During his career, Don has made many recording with both local musicians, and major studio sessions, but always as a sideman, expressing other artist's ideas. Alembic Arts is proud to present this gifted musician in an album of two CDs. The name "Kaleidoscope" is apt as it presents a wide range of musical colors and settings. Performing with Don are a wide range of the finest musicians in the Detroit area, several with their own national reputation. Don Mayberry may also be heard on the award-winning Alembic Arts recording "Let My People Go", a selection of Afro-American spirituals rendered with a jazz flavor. Reviews "A wonderfully diverse program of excellent performances...a glowing representation of the exceptional musicians that still reside and perform in our area Bassist Don Mayberry is joined in different groupings of duo to quintet by various combinations of 18 other musicians most of them with national reputations. This makes possible a wide diversity of jazz styles... great listening with variations in mood that preclude any possibility of losing interest" Alex Suczek, Detroit Pro Musica "Don Mayberry with Special Guests" provides an extensive survey of (his) full-time engagement with the local jazz community. On twenty three tracks, spread over two CDs, each tune with different personnel, he demonstrates the sensitivity and skill that make him in such great demand among local and visiting musicians. Mayberry keeps it simple: he outlines harmony and keeps time in exemplary fashion, always offering support and never getting in the way. Even on this own CD he only comes to the fore sporadically, stressing the supportive ensemble role of his instrument. His eighteen friends come for the top tier of Detroit area jazz players; as a result this releases provides a marvelous introduction to the current Motor City jazz scene." (South Eastern Michigan Jazz Association) Jazz Reviews Mr. Mayberry's mastery of his instrument and his deep sensitivity to the vocal lines allows him to express the same emotions as the vocalist. He seems to play with a poetic pen. Diana Spradling, WMU Don Mayberry. He is more than a backing musician, often being the counterpoint to the melody. Richard Kamins Cadence Magazine '...during the number 'Old Folks', Don Mayberry squeezed his stand-up bass so hard and ground out a bass solo so low that the audience members had to clear their throats. With his eyes shut, fingers twitching and toes twanging (he) was ....squeezing, pounding,and twisting happy improv grooves late into the night' Detroit Free Press, September 3. 1988 '.. Classically trained, Mr. Mayberry's elegant performances are both soulful and refined. He is a pleasure to listen to anytime....He and his bass become one and the offspring of this union is pure magic' Ange Smith (vocalist) 'Don Mayberry is the best storyteller, only he uses the bass to tell the story.' Nancy Wood,(vocalist) quoted in the Eccentric and Observer.

Here's what you say about
Don Mayberry - Kaleidoscope.