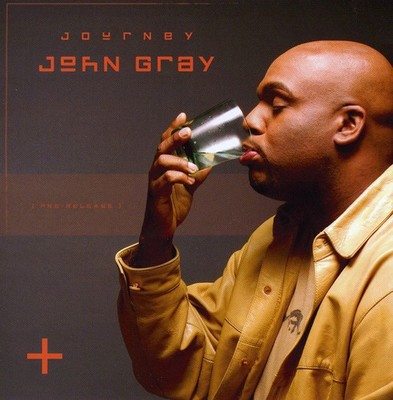 Biography John W. Gray III MannaGod Enterprises, Inc. On June 26 1973, a destiny was born. God set into motion a plan that would take a young boy from Cincinnati, Ohio around the world and back to proclaim His glory to all who'd receive the message. This boy would be inevitably transformed into a man of God through many trials and triumphs. John W. Gray III, was ordained with a voice that would become the tool of his testimony; his vision, MannaGod Enterprises, the vehicle to victory. Gray started early on his path. He began singing, acting, and directing the choir at Bethel Baptist Church in Cincinnati at seven years old, and later won many Shakespeare and chorus competitions in high school. Upon entering college, he furthered his training by playing the lead role in the stage play, The Boys Next Door, singing in the gospel choir and the African American Cultural and Research Center Choir at the University of Cincinnati. Opportunity pounded on Gray's door in 1995 when he left Cincinnati to become a cast member in the critically acclaimed gospel play, 'He Say, She Say, But What Does God Say?' starring Grammy award-winning artists, Kirk Franklin and the Family. After completing the successful tour, Gray was asked to permanently become a member of Kirk Franklin and the Family, touring around the world with the group for three years. In addition to singing, Gray's acting ability was highlighted in 1998 when he guest starred on an episode of the top-rated television comedy, 'Sister, Sister.' Expanding upon his creative gifts, Gray toured with Christian rock group, dc talk and Grammy award-winning group God's Property, serving as Emcee, comedian, and worship leader as they promoted racial reconciliation around the country. Upon returning from the tour in 2000, Gray relocated to New Jersey, and accepted a position as Youth Minister at the First Baptist Church of Lincoln Gardens in Somerset. In 2001, he became the Coordinator of Youth Ministries at The Cathedral International Church in Perth Amboy, NJ under the leadership of Bishop Donald Hilliard, Jr. The urge to act compelled Gray back onto the stage in the fall of 2002 when he toured with the hit stage play, 'Lord, All Men Can't Be Dogs,' starring Regina Belle, Carvin Winans, and A.J. Johnson. It was after that tour that Gray was led to reveal his own vision, MannaGod, Inc. MannaGod consists of four companies, MannaGod Enterprises, Inc., MannaGod Records, LLC, MannaGod Productions, LLC, and MannaGod Ministries. All of these entities are devoted to sharing the Gospel of Jesus Christ in various ways, including music, plays, clothing, and internet. In 2004, MannaGod has exploded onto the scene with the magnificent stage play, 'MannaGod-The Journey,' written, produced, directed, and scored by Gray, MannaGod.com, the premier site for online men's ministry worldwide, and MannaGod Gear, a clothing company that designs 'battle' armor for men, women, and children. Other projects on the horizon are, WoManna, a support ministry for women, and Lil'Manna for children. John W. Gray III is an anointed man of God guided by the MannaGod and seeking to be a light in the world by bringing souls to Christ. It is truly time for his vision. It is time for MannaGod!

Here's what you say about
John Gray - Journey Pre-Release.