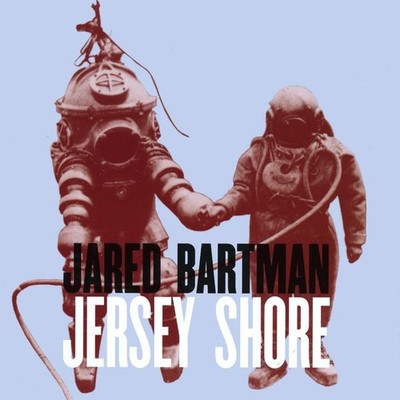 MUSICFORANTS.COM 'Chin Up, My Darling' Date October 2, 2009 When I first heard Jared Bartman's music, my first thought was, "Well, get ready for some Beirut comparisons." You could compare Bartman's music to Beirut, Final Fantasy, the Decemberists, or even the Mountain Goats and you would be pretty spot on. I have always thought that description by comparison is extraordinarily lazy, though. (Even though in making fun of it, I kind of just did it.) To compare Bartman to any of the above, or anyone else really, diminishes the achievements of his music. I'm not saying he's better than anything I listed, but that he should be considered on his own merits. I might be talking about Bartman specifically right now, but I feel you can apply those last two sentences to any band and it would work. At 21, Bartman's music exudes a kind of pathos that someone his age shouldn't possess. Here is where those Beirut comparisons come in handy, though. Both Bartman and Zach Condon make music that betrays their young ages. On his new record, Jersey Shore, Bartman fuses everything from eastern European klezmer to Victorian poetry and creates a musical melange that is more than the sum of it's parts. The first time I heard "I Shall Not Care" was on my way to a movie, driving towards a line of lightning on the horizon and I thought the song was maybe bringing about the apocalypse. It turned out to be just a storm, but the Sarah Teasdale lyrics and sparse instrumentation certainly created the right vibe of doom and gloom. On my drive home is when I discovered "Guillotine King," and promptly played it four times in a row. The song combines anthemic music and playful lyrics in a way that makes you forget it's a story-song about a dude getting his head chopped off. "Guillotine King" is the song that made me realize Jersey Shore's excellence. It made me go back and reevaluate the whole album, and I'm very glad I did because the record is packed with gems. On first listen, one of the songs appears to be a clichéd sob story, until you realize it's called..."Sob Story," tongue planted firmly in cheek. I can only describe the klezmer-infused "Honey Bee Polka" as a "wild romp", and it's easily one of the album's highlights. That chord change with the accordion and bass clarinet right before each verse gives me shivers. My favorite part about Jersey Shore, though, is that it's an album. Over the course of the record, Bartman tells the story of two doomed lovers and all the trials and triumphs they encounter. Mostly trials, though. My pedigree as a long-form guy is well-established at this point, and I'm sure I'll write more about this soon. But I love the fact that in the age of single downloads and quick consumption, there are still people taking the time to create a narrative, to weave songs together so that their best qualities are highlighted in a way that you just can't get from the song by itself. The suicide scene in "I Wanted Out" is certainly a bummer, but it's even more depressing when you realize it's one of the same newlyweds from "A Conjugal Scene." For a first full-length, Jersey Shore is certainly an accomplishment. It has it's missteps, but it's the kind of album that will reward you every time you come back to it. It'll be interesting to see where Bartman goes from here. If he can continue along this path, I think he has a truly great record in him. I'm satisfied with this one for now, though.

Here's what you say about
Jared Bartman - Jersey Shore.