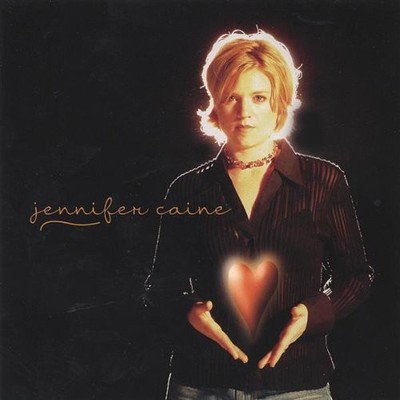 Jennifer Caine's singing career began at a very early age. From the family's dining room table in Tacoma Washington, she performed stirring renditions of 70's rock classics, such as Wango Tango and Iron Man, with her two older brothers on air guitar and the neighborhood kids cheering on the shag carpet below. Other early musical influences came from her parent's record collection; an eclectic mix of Motown, folk, country, and rock & roll. By her 17th birthday Jennifer was touring around the northwest with an Americana/ country band. She recalls 'It's probably every 17 year old kid's dream to be able to say 'I'm with the band' and get into a bar, but singing cover songs for a generally indifferent crowd was not incredibly rewarding'. So she packed up her '77 Toyota Celica and drove to Nashville in 1996. She enrolled at Belmont University where she met a friend who introduced her to songwriter/Producer John Hussey. A creative collaboration began. The two started writing songs and performing casually around Nashville. Upon graduation Jennifer and her husband decided to fulfill a lifelong dream of sailing the Caribbean - they made no plans to return to Nashville. Although the trip was incredible, the desire to pursue music and continue writing with John burned in the back of her mind. After one year of sailing, Jennifer indeed returned to Nashville inspired and eager to continue where she left off. Her musical endeavor would face yet another set back, however, as the very week she returned to Nashville she was confronted with a devastating diagnosis of cancer. Jennifer survived 7 months of treatment using her writing and performing as therapy. After treatment, with renewed energy and purpose, she began recording her self titled debut CD - set to be released August 2003. Her collaboration with John continues to develop and has grown to include drummer, Adam Wirdzek, and Bassist, Chris Clawson. Though you won't find any rendition of Iron Man on this record you will find honest, poignant songs, a hauntingly beautiful voice, and a sensitive, charismatic performance. As an artist, Jennifer Caine invites you into her world and in doing so hopefully makes yours a little bit better.