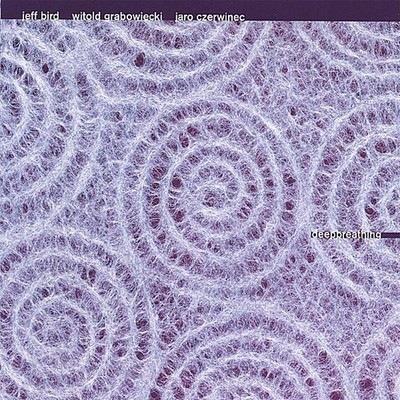 I first met Jaro Czerwinec at the recording of Cowboy Junkies' legendary Trinity session.We finished playing the first take of Misguided Angel and Jaro ran over to me, very excited. 'Who are you man? It's like your my long lost brother.' I have had a house gig in a hotel in Waterloo, Ontario, Canada, for about nine years. It is a very functional gig, led by a fabulous singer named Doreen Smith. Many great players perform here, and this is one of it's attractions to me. One evening Witold Grabowiecki showed up as the piano player. At the end of evening when we were saying goodbye he laughed and called me 'his brother.' I am always looking for excuses to bring all my long lost brothers and sisters together so when the Guelph Arts Festival approached me to see if I wanted to put together a performance, I naturally thought of a family reunion. I knew that Witold was very much into meditation; he attends week-long retreats of silence in Brooklin, New York. And when I spoke to Jaro he said, 'that he really liked droning on his accordion these days.' For the performance we decided to use long deep breaths as our guiding rhythmic principle, and then adopt very simple harmonic ideas upon which we would improvise. These four pieces are the result. One uses the five note scale D, F#, G, A, C#. Two is A minor. Three is based on the F lydian scale. On a Ground features Jaro and Witold improvising over a constantly repeated bass line adapted from the music of the 13th Century mystic, Hildegard von Bingen. Carry on Jeff Bird Deep Breathing Artist Profiles Jeff Bird (producer, double bass, mandolin, harmonica.) Long time resident of Guelph Ontario, is best known for his long time association with Cowboy Junkies. His multi-instrumental talents can be heard on the legendary recording The Trinity Session and all Cowboy Junkies' subsequent albums. He has toured extensively with them throughout North America, Europe and Japan and has made appearances on Saturday Night Live, Late night with David Letterman and The Tonight Show. Jeff is also a founding member of the renowned folk group Tamarack. As a sideman he has performed with such diverse artists as Loreena McKennitt, Graham Townshend, Jane Siberry, Bernie Senensky, Gwen Swick and countless others. His record production credits include Black Cabbage, Tamarack, The Bird Sisters, Celtic Blue, Dark Monkey and Dennis Gomo. Jeff has composed music for both film and television, including the feature films South of Wawa, House, Niagara Niagara and Boys Club. Jeff has two solo recordings, Jeff Bird and Everything is Coming Clear and Plain to My Understanding, as well as the live recordings 'Live at the Oasis Lounge' and 'Deep Breathing'. Witold Grabowiecki (piano) originally from Poland now residing in Toronto, is a wonderful new addition to the Canadian music scene .His darting and diving rhythmic approach mixed with beautiful fluid lines creates a very unique reading of the classic jazz repertoire. Witold can be heard on Jeff Bird's recording Everything is Coming Clear and Plain to My Understanding, Live at the Oasis Lounge as well as on Of Time and Light and Loose Changes featuring the Toronto guitarist Tony Quarrington. Jaro Czerwinec (accordion) comes from Sudbury and is deeply rooted in the music traditions of the Ukraine. He performed for the last 30 years in such legendary groups as the Black Sea Cossacks as well as on the contemporary music scene with Cowboy Junkies, Daisy Debolt and Kim Dechamps. Jaro can also be heard on Cowboy Junkie's recording The Trinity Session.

Here's what you say about
Jeff Bird - Deep Breathing.