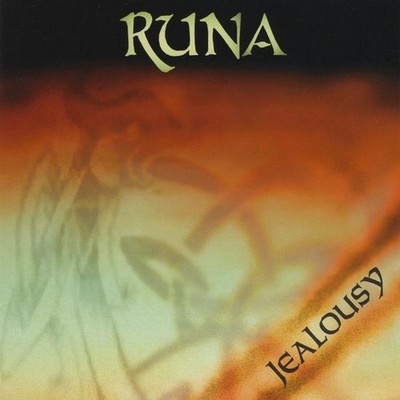 There is a great amount of mystery and unknown when one delves into historic folk music - digging through cultural traditions, weeding through tunes, and deciphering lyrics of songs from ages past. Through our blending of contemporary and traditional music from Ireland, Scotland, Canada, and the United States, we seek to preserve the essence of the traditional material we found, while bringing to it new life and different energy with our own style and approach. Thus, in an attempt to capture all of those elements and introduce ourselves as a band, we chose the name Runa, meaning mystery or secret lore. 'Jealousy you snake, you'd better come around here no more....My love's a golden angel my champion in this war'... In Claudine Langille's song, Jealousy, we discovered Runa's sound. It's a quirky love song, told from a slightly different perspective than one would expect - not by the jilted lover, but rather, the victorious one. We were inspired by it's imagery, it's cheekiness, it's unexpected positivity and determination, and it's edge. So much so, that we have held it as a bit of a standard for any of our new material. In keeping, Jealousy has become the theme for the title and imagery of Runa's first album, celebrating the creation of Runa as a band and the ambitions for which we always hope to strive as artists. When we began this project our intention was to produce a live album. We planned to record the performances during our tour in New England this past March. This plan was quickly blown out of the water when Fionán and Shannon caught the flu within the first few days. Needless to say, the recording equipment never left the trunk of the car. Despite our need for a change of plans, we still wanted to record an album that would represent the band's sound on stage. So, we went for an 'almost live' approach. We would record in a studio, but with similar instrumentation to what we could produce live, on stage. We hope you enjoy listening to it as much as we have enjoyed creating it together.

Here's what you say about
Runa - Jealousy.