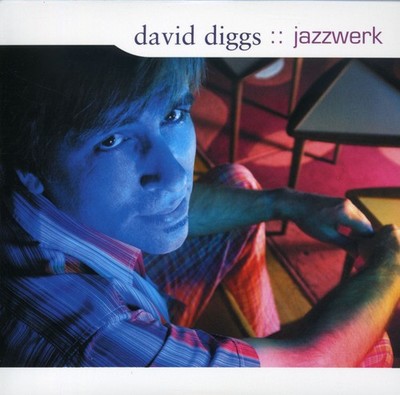 A melodic imagination and an extensive education in arranging, composition, orchestration, and conducting have carried David Diggs to the heights of jazz artistry and to the top of the jazz charts. David let's his music speak for itself, making a strong, upbeat statement on the 18 song CD Jazzwerk, which includes all 12 songs from his latest surround sound DVD-Audio released by 5.1 Entertainment/Silverline Records. With a unique blend of instrumentation -- a mixture of jazz and rhythm & blues, Diggs brings a dimension of 'blue-eyed soul' to his music. With synthesizers and strings, and some of the top musicians in Los Angeles, David's albums get right to the point with unrestrained creativity, illustrating why both CASH BOX and BILLBOARD rated him one of the top three New Jazz Artists in 1985. Tired of playing pots, pans and a ukulele during his childhood in Fort Knox, Kentucky, David began formal piano training at age six. He was part of a band in high school, later moving to Los Angeles to intensify his musical studies. With support from his parents, David began lessons in arranging, composition, conducting, and film scoring, eventually incorporating computers into his musical arsenal. Under the influence of Michel Legrand, Bob James, Claus Ogerman and Quincy Jones, Diggs polished his arranging and producing talents, which were eventually featured on projects by Pat & Debby Boone, Irene Cara, Richie Furay, The Brothers Johnson, Jonathan Butler, as well as David's own albums. David's album Streetshadows was a top ten entry on BILLBOARD'S Jazz Album Chart for 26 weeks. To this list of musical credits, David has added television programs, including The Tonite Show and Midnite Special, Better Homes & Gardens' 90-minute Television special, and feature films, including American International Pictures' California Dreamin'. He has produced/arranged several Grammy-nominated albums including the music for 'Finally Captured' by comedian Jonathan Winters. Inspired by his passion for living, David Diggs' music is revealing and realistic, unrestrained and upbeat. Up front and honest, Jazzwerk - his latest release - unites David's old-fashioned heart with a contemporary jazz sound.

Here's what you say about
David Diggs - Jazzwerk.