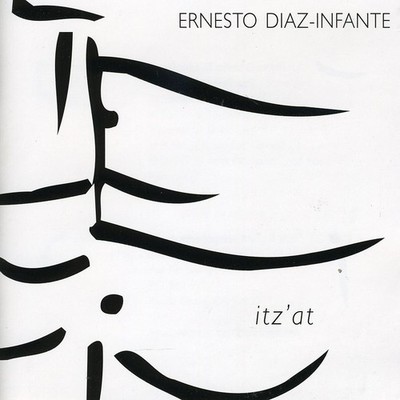 Itz'at (Mayan word for artist) is a collection of compositons for solo piano by San Francisco-based composer Ernesto Diaz-Infante. Itz'at features pieces composed to use as spring-boards for improvisation; the compositions have a spacious, minimalist feel while retaining focused intention. Born in Salinas, California, Ernesto Diaz-Infante, is Chicano (of Mexican descent). He received his MFA in Music Composition from California Institute of the Arts (studied with Wadada Leo Smith and Stephen L. Mosko) and has created musical compositions that span a broad perspective: transcendental piano, noise, avant-garde guitar, field recordings, lo-fi four-track manipulations, and experimental song. ED-I has performed throughout Europe and the United States, and his music has been broadcasted internationally. He has recorded more than 15 CDs of music and collaborated with numerous musicans. In 2000, his composition, I/O (for chamber ensemble), was performed by the California EAR Unit. He has been awarded residencies at the Centre International de Recherche Musicale (CIRM) in Nice, France, The Millay Colony for the Arts, Villa Montalvo, The Ucross Foundation, among others. He runs Pax Recordings record label which is dedicated to the documentation, preservation, and contagion of music from the margins of our culture and psyches. He lives in San Francisco with the filmmaker/video artist Marjorie Sturm and their son and daughter.