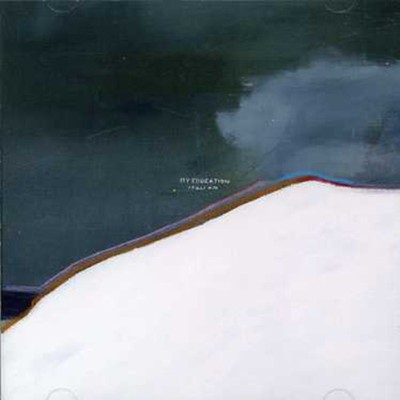 Trying to pigeonhole the music of Austin's My Education is akin to trying to stuff a pigeon in a hole: the sound is calamitous, there's movement all around, the frenized beating of wings against wall, and somewhere something is pumping out blood. There's great beauty as well, counterpointing the seeming chaos, and flowing like a mercury tear into the emptiness inside. Vocals were never necessary to begin with, and even Phil Spector couldn't envision a wall of sound this gorgeous. Formed in 1999 featuring former and current members of Stars of the Lid, ultrasound, and Cinders, the seven-piece My Education is an instrumental hybrid: part space-rock cacophony, part punk rock sonic wipeout, and part ambient bad trip. Founding members Brian Purington, Eric Gibbons, and Sean Seagler left 'dirty, nasty' San Angelo, TX, behind in 1999, relocating in Austin, TX, and promptly found themselves frightening clubgoers with their unique yet unsettling sound, and eventually recorded a two-track 7' at former 16 Deluxe snakepit/recording studio The Bubble with vocalist Joe Covington. Covington was later sacked to make room for larger mike stands, and with the addition of keyboardist Kirk Laktas, viola player James Alexander, and the legendary Floridian transplant guitar god, Chris Hackstie, assumed their current line-up, usual suspects all. In 2001 My Education went back to Bubble to record their debut album, 5 Popes, which was self-released in March of 2002. It peaked at number 1 on many college radio stations across North America. The band has toured Midwest, East Coast, and Canada multiple times since the original release of 5 Popes along w/ showcasing @ SXSW 2003, and SXSW 2004. The first self released pressing of 5 Popes sold out in December 2003, and was promptly re-released on the Austin, TX based record label Thirty Ghosts Records in January 2004. In February 2003 the UK based label, Jonathan Whiskey, released a 7' single for the song Concentration Waltz. My Education also has songs featured on the Roller Derby Records compilation The Speed by Which we Fall, and the Clairecords compilation Test Tones Vol. 2.3. After 3 years of blood, sweat, and tears My Education finally has completed their 2nd CD, Italian, which is being released on Thirty Ghosts Records on April 26th, 2005.

Here's what you say about
My Education - Italian.